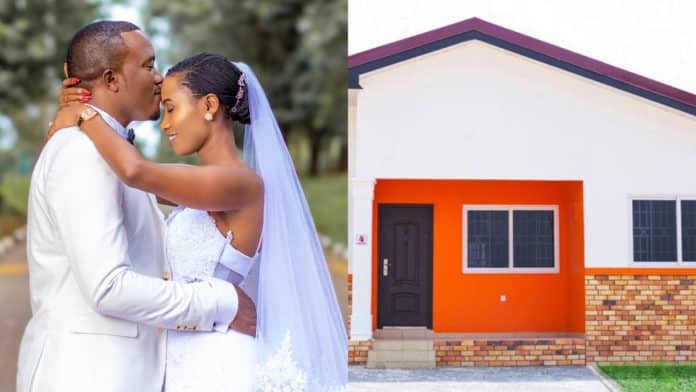 A wedding was reportedly cancelled right after the bride’s family had assessed the groom’s house and deemed it unfit for their daughter’s social status.

This was an account by one Maryam Shetty on social media where she revealed that the planned union had to be called off because families of both sides were not able to reach a consensus on the house.

According to the report, the bride’s family insisted that until the building that would house or serve as the matrimonial abode for their daughter was changed, they would not allow for the wedding to take place.

“We are truly facing an epidemic especially in Northern Nigeria, often perpetuated by parents; classism.

Recently, a wedding was called off based on the fact that the bride’s family felt the house she was going to stay in doesn’t fit her status and class. This was a decent new terrace house? They said they wouldn’t want their daughter to go suffer as she grew up in wealth!!!

The said husband to be is a decent, well-educated person with a good job and also from an upper-class family too; his parents said that’s all they could afford to house her as the house was gifted to him by his father.

The bride’s parents even offered to get a better house than suited her status. However, the husband and his parents stood firm.

Consequently, the wedding was called off. She went ahead to marry some socialite who practically does nothing. She basically missed out on a great person.

Sadly, there are too many such stories. Weddings are cancelled due to some trivialities and misplaced priorities.

Ironically, most of these parents had humble beginnings devoid of the luxuries they place so much importance on. They never allow their kids to navigate life on their own.

Weddings and marriages have become like some competition. It’s mostly a lavish display of wealth, power, materialism, outshining of others etc; it’s truly no wonder marriages last a second.” 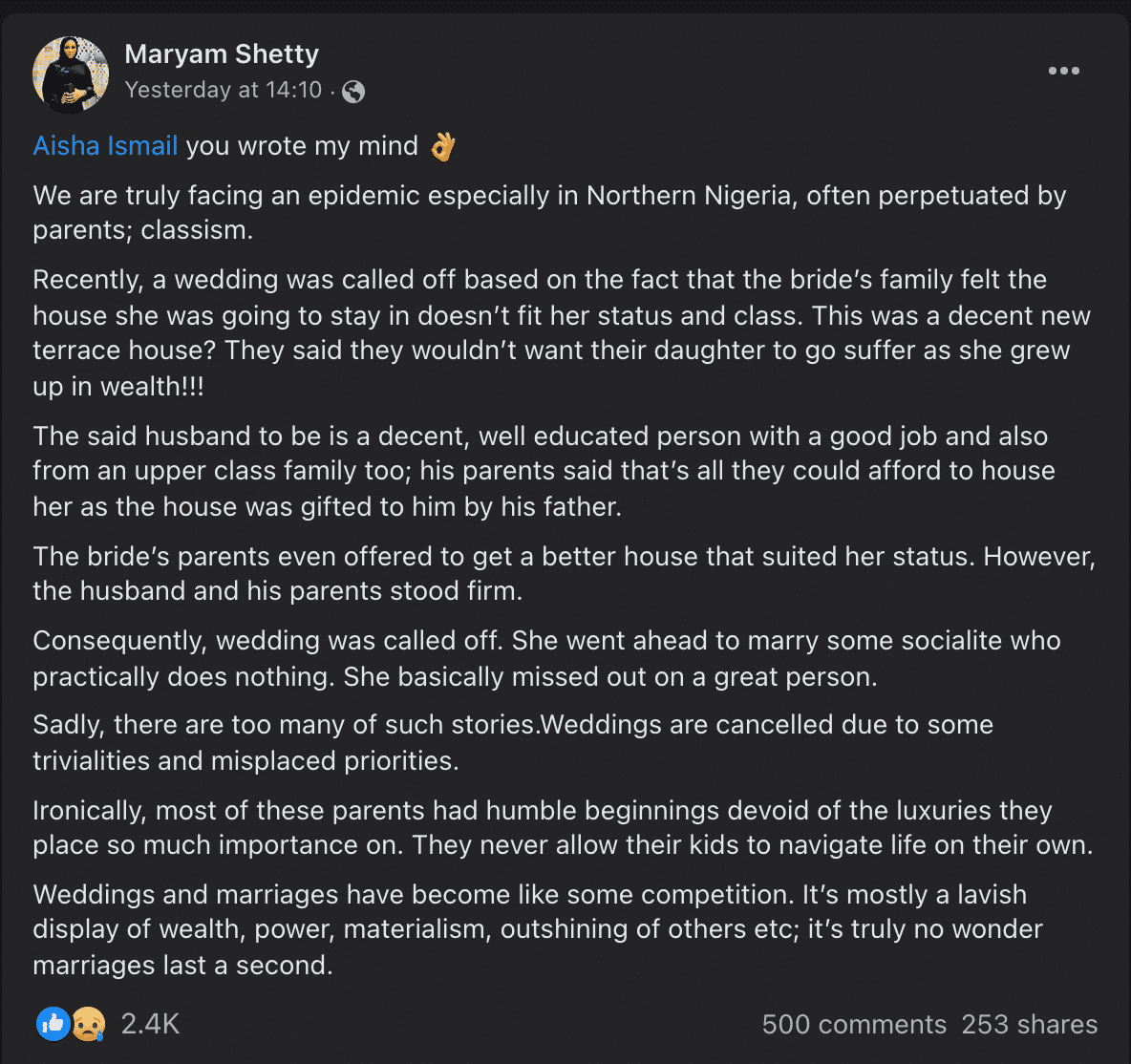