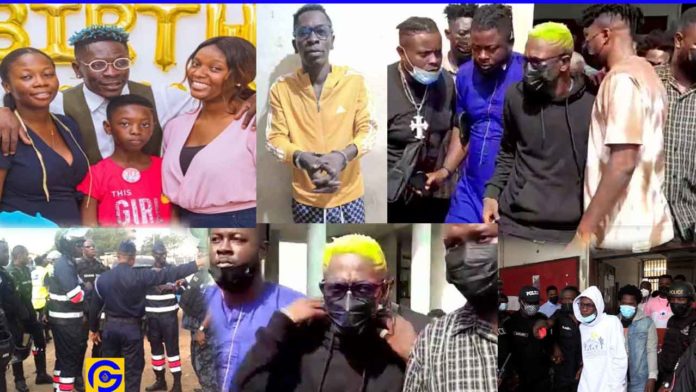 The prosecution in the case of Dancehall artiste Charles Nii Armah Mensah, popularly known as Shatta Wale, and three others has stated that the police “will use other means” within the law to arrest the artiste’s sister.

The prosecution is looking for Shatta Wale’s sister, who is said to be the person who reported the alleged fake gunshot incident to the East Legon Police to assist with investigations.

However, a gentleman’s agreement between the defence lawyers, the prosecution, and the court for the defence to produce the said suspect has been broken.

Chief Inspector Dennis Terkpetey stated in court on Tuesday that “there was a gentleman’s agreement between counsel, but they are not helping us, so we will use other means.”

Shatta Wale’s counsel, Jerry Avenorgbo, argued that the architecture of the law existed before now and that the prosecution could not change it.

He was perplexed as to why a person who voluntarily provided information to the police should be treated as a suspect.

According to counsel, this will put people who have information and want to report it to the police in fear.

He urged the court to begin the trial as soon as possible, preferably within the next week.