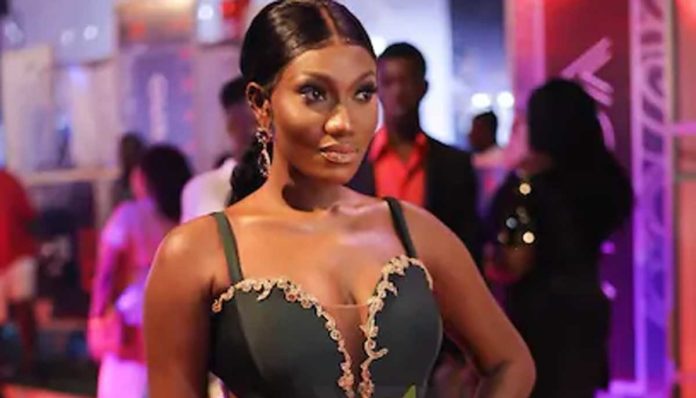 According to the ‘Uber Driver’ hitmaker, she had no intentions of bringing the good name of the former president into any public disrepute.

Wendy Shay rendered this apology on her Instagram page after her picture with the former president caused a stir on social media.

She added that she is a young lady who is still learning and promised to be considerate in her mode of dressing the next time.

“On the 4th of July, 2019, I posted an image of myself and His Excellency Former President John Agyekum Kuffour on my social media timeline. This was after I visited him with my fellow Youth Employment Agency Ambassadors officially.

The image I posted went viral on social media for the wrong reasons and I will wish to render an unqualified apology to His Excellency and the board and Management of the Youth Employment Agency.

I had no intention of bringing his good image into any public disrepute. I would wish to apologize to the general public as well with most of the comments being directed to my outfit. I am a young lady and I am still learning. To err is human, to forgive is divine. I promise to do better next time. Once again, I am sorry”, she wrote.

The new Artiste of the year and the Youth Employment Agency Ambassadors paid an official visit to former President John Agyekum Kufour.

The musician who was very elated over her visit shared a picture of herself with the former president which went viral and was harshly criticised over her mode of dressing.