Wendy Shay doesn’t have any car; she is just a liar – Afia Schwarzenegger 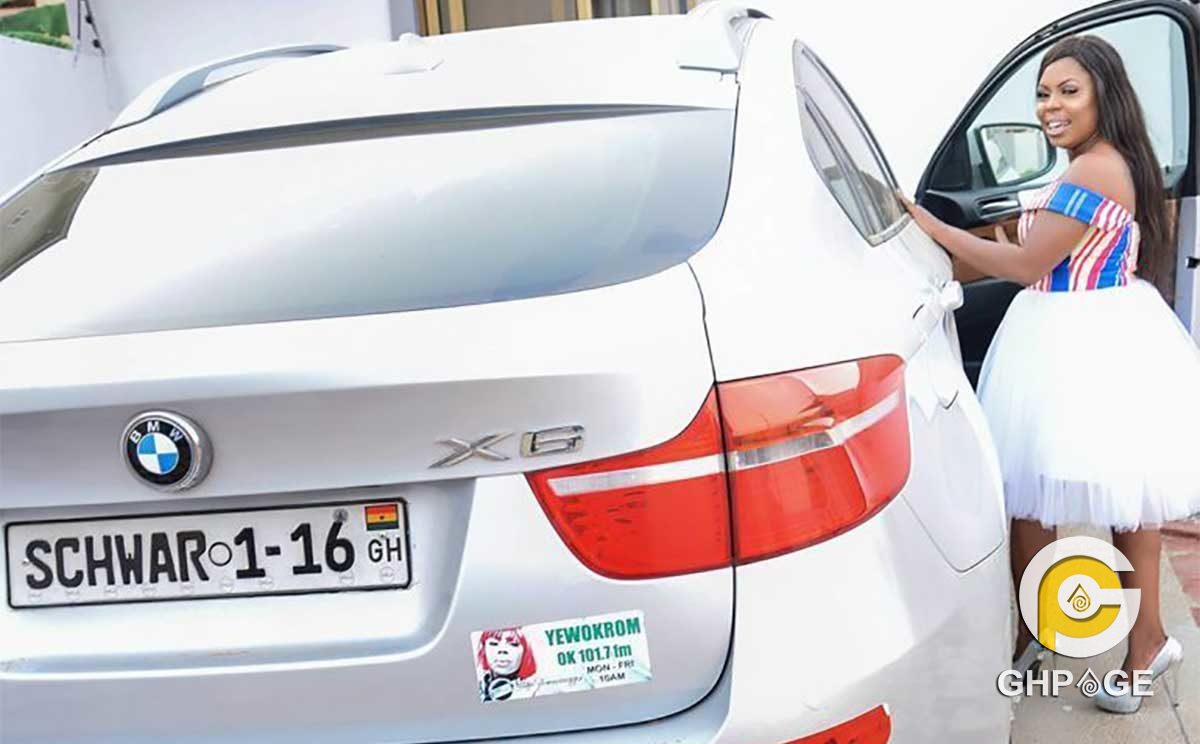 Last week, Wendy Shay was trolled on social media by some fans including Afia Schwarzenegger herself for saying she can be able to buy an iPhone, iPad and some things that ladies of her age would wish to have with money made from music.

Some few days after the trolling started, the “Masakra” hitmaker took to her social media page to show off her brand new car with a customized number plate to top with up.

The customized number plate has also become a matter of discussion as the Driver and Vehicle Licensing Authority have revealed that they don’t have anything such as “SHAY 23-19” in its database.

Well, Afia Schwarzenegger who now owns an online Radio station won’t let something like this pass by her without poking her nose into it.

According to Afia Schwarzenegger, the car been flaunted by Wendy Shay on social media is actually had been given as a donation and that it was already registered.

Wendy Shay has on the other hand refuted claims that her number plate “SHAY 23-19” is fake and has even provided proof to back her claims.