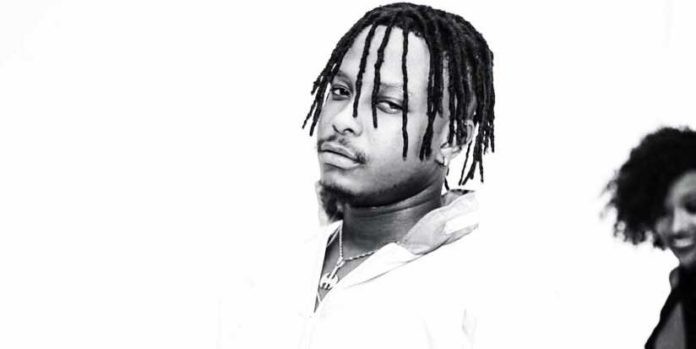 Bhim nation signee Kelvynbwoy who has been trending for some days now for snubbing Wendy Shay at the Peace conference between Shatta Wale and Stonebwoy at the Marrot Hotel in Accra.

He was later blasted by the manager of Wendy Shay, Bullet who said he has never seen a man beefing a woman in the music industry all in the name of awards referring to Kelvynbwoy.

It would be recalled that at the 2019 VGMAs Wendy Shay won ‘Best New Artiste of the Year’ which also had Kelvynbwoy as a nominee in that category.

Also Read: Wendy Shay crops off Kelvynbwoy’s face from photo after he snubbed her

But in an interview with Accra FM, the “lai lai” crooner revealed that Awards and hit songs does not make him the Kelvynbwoy he is today.

According to him, if you meet anyone on the streets and you asked the person to play you a Kelvynbwoy song on his or her phone, you are likely not to get it.

Throwing a sharp jab at Wendy Shay he said she needs awards and hit songs so she can remain relevant in the industry.

Also Read: You are still the King-Kelvynbwoy & OV tells Stonebwoy after VGMA ban

He continued and said he would sing to remain relevant in the industry.

When asked if he was speaking out of anger since Wendy Shay won the award, he stated that he wasn’t just that the truth is always bitter when you say it.