Wendy Shay has not been sacked as YEA Ambassador -Management 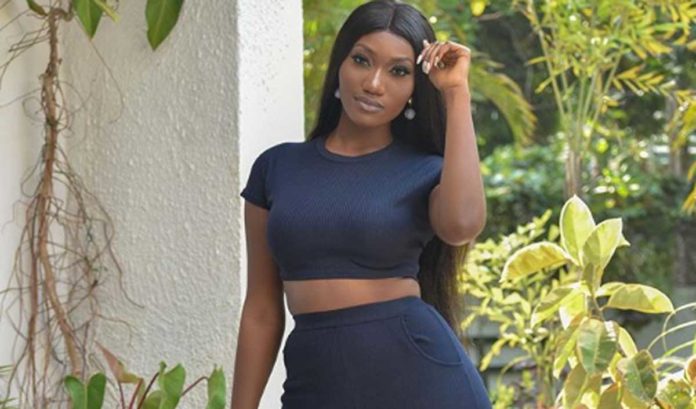 Management of the Youth Employment Agency (YEA) has debunked rumours that RuffTown Records signee Wendy Shay has been sacked from the agency.

According to the YEA management, the ‘Uber Driver’ hitmaker is still an Ambassador of the Youth Employment Agency.

Management made this statement through their official Facebook Page rubbishing claims that Wendy Shay has been sacked.

The post read; “Wendy Shay has not been sacked as an ambassador of YEA” 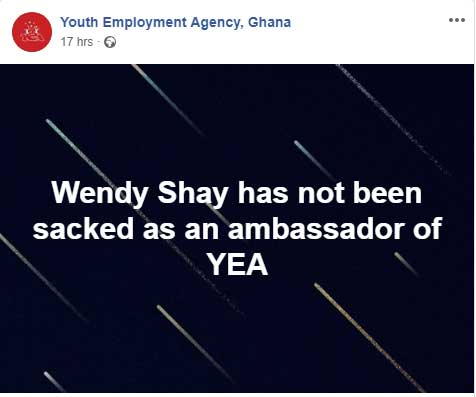 This comes after Wendy Shay received massive backlash over a picture she shared on social media after she paid an official visit to the former president, John Kufour.

She was criticized mainly over her choice of clothes as several people felt it was inappropriate for the occasion.

Wendy Shay, however, apologised to former President, the Youth Employment Agency and Ghanaians over her indecent dressing.

It was later reported that the Youth Employment Agency has sacked Wendy Shay as its Ambassador after her name was eliminated from the list.

The management of YEA has however refuted such claims, explaining that Wendy Shay is still an Ambassador of YEA.