Wendy Shay reacts to the wearing of one way ‘hairstyled’ weavon 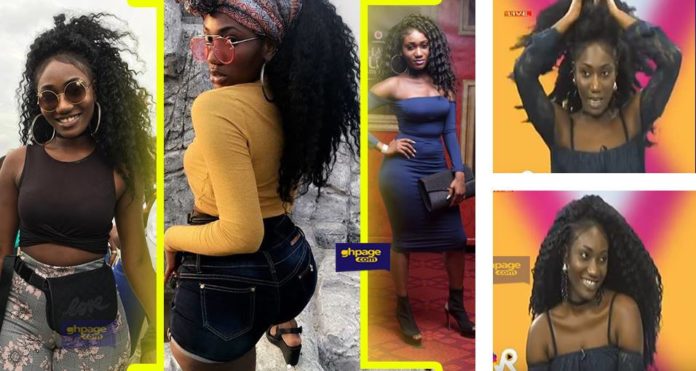 Wendy Shay as reported by GHPAGE.com a few days ago became the toast of Social media trolls who took delight in mocking her for wearing the same weavon for three months.

They observed she made her first public appearance with the same hairstyle and weavon at the 2018 VGMA in April.

Then to shooting her first music video with it (perhaps the same weavon, they trolled) and performing her first ever stage performance at despite health fair in July as well as doing radio and Tv tours — still wearing the same styled weavon.

Wendy in an interview on TV Africa and as sighted by GHPAGE.com reacted to why she wears the same ‘one way styled’ weavon all the time.

She said, she likes to be flexible and always want to reveal her face shape and that particular weavon also gives her the chance to style it anyhow she wants.

“I actually like the color black. And I like wearing that because it brings my face shape and because I can actually switch it whichever way I want. I like to be flexible that’s why I like this braids.” She said

However, her manager Bullet, CEO of Rufftown Records this afternoon descended on those trolling her new act. He referred to their actions as a ‘pull him down’ attitude of some Ghanaians who hate to see young talented people progress.

READ ALSO: What you didn’t know about these 7 celebrity relationships that didn’t Work

He made reference to the worst things the same people did to the late Ebony. He begged and also added that, if he can use a 20,000 us dollars to shoot Wendy’s first video “then how much is weavon”. He econurage Ghanaians to support their own and also accept the ‘one-way’ hair style as her brand.