The Mysterious Rich Man With The Most Expensive Cars; All You Need To Know About Ibrah One

Ever since News broke that Interpol and collaboration with BNI have busted one of the most popular richest men in Ghana, Ibrah One, Ghpage.com has received several hit searches on who Ibrah One Is. And we will tell you more about him.

Let me first tell you about his arrest today. Apparently, he had a deal with one of his partners and his partner was supposed to have his share of the profit which Ghpage.com gathers is $400,000 which loosely translate into 20 Billion Old Cedis.

Ibrah One, the rich young man cheated his partner and even blocked him when he attempted to retrieve his share. Knowing his alleged activities as a money launderer, the partner snitched on him to Interpol who through investigation with the BNI pounced on him when he was attempting to flee the country.

However, Ibrah One before he was arrested posted on this Snapchat that if he is to go down as a money launderer he will go down with all the big men and women in the country he knows who are into the same illegal business. He requested to meet the president and give him some vital information.

WHO IS IBRAH ONE

Ibrah One shot to fame through the exhibition of his expensive cars and houses on his social media handles. He used the social media platform to flaunt his wealth to Ghanaians. And going through his expensive lifestyle on Instagram, you will be amazed.

SEE ALSO: Not Just Ibrah One Arrested; These Are The 9 Big Men Arrested In The Money Laundering Scam So Far

When he turned 32 years in November 2017, he distributed 10 free iPhone X to passengers of a commercial bus during his birthday. Just a random Trotro he entered.

Ibrah One lives at Dansoman, a Suburb of Accra in a luxurious mansion inside a multi-million dollar estate named ‘Ibrahville’.

There have been several questions as to how this 32-year-old mysterious young man makes his money.

Well, According to Ibrah One known for his flashy cars and expensive vacations, he started making money from a forex bureau business. With time, he diversified into real estate, Oil and gas and other capital intensives ventures.

Well, with the Money Laundering charges hanging around his neck, the world, as well as Ghanaians, are wondering if indeed he made his millions of dollars through forex bureau as he claims.

CHECK OUT SOME OF HIS CARS, MANSIONS AND EXPENSIVE LIFESTYLE BELOW 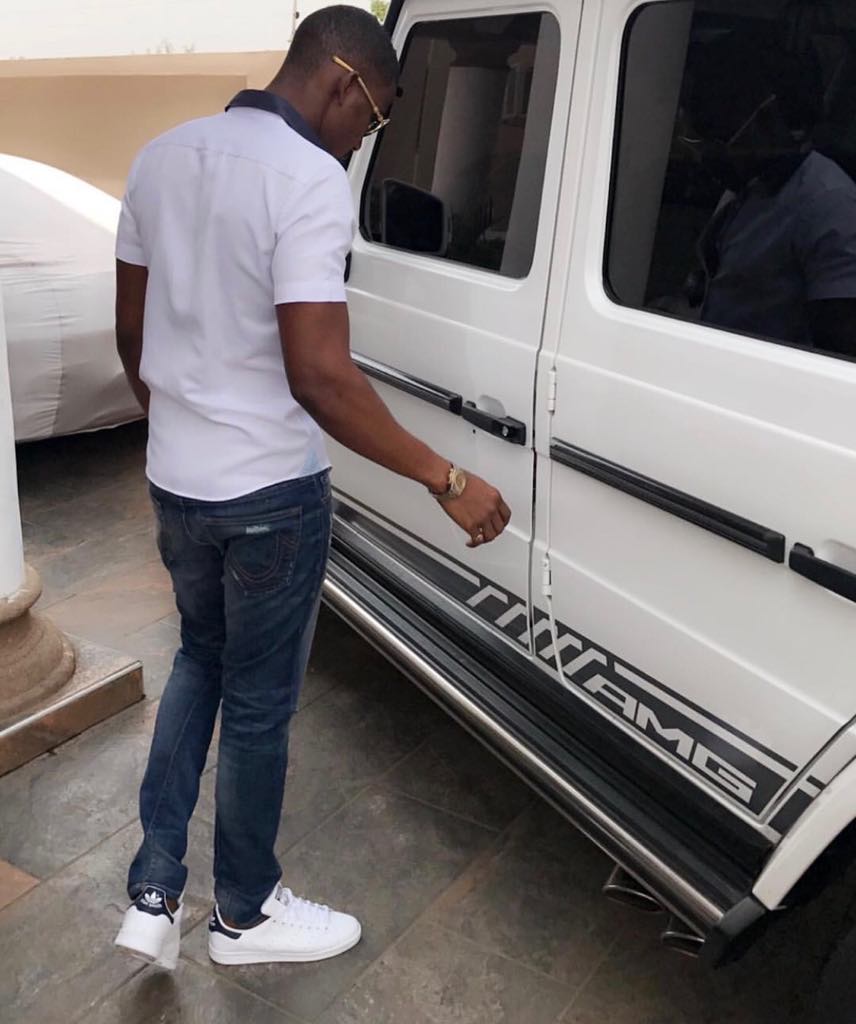 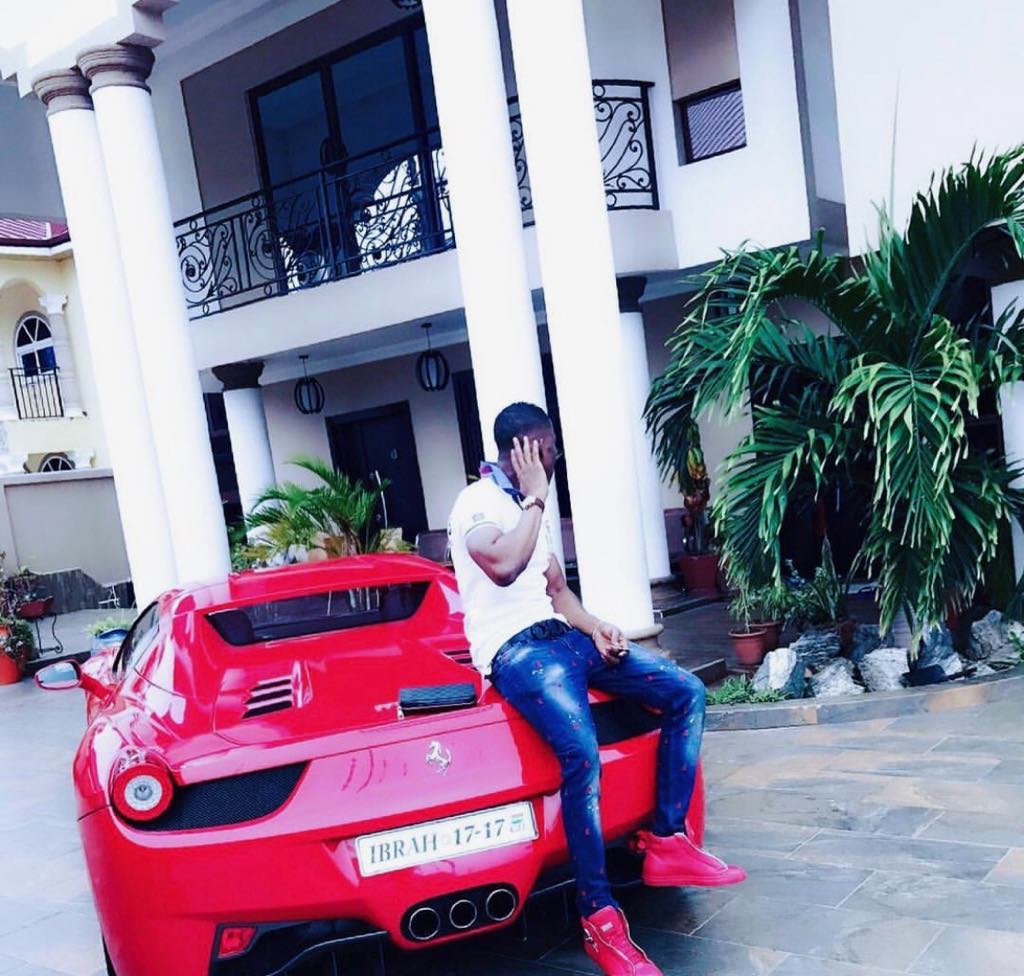 SEE ALSO: The Prices Of The Top Ten (10) Most Expensive Cars Will Shock You; Check Them Out 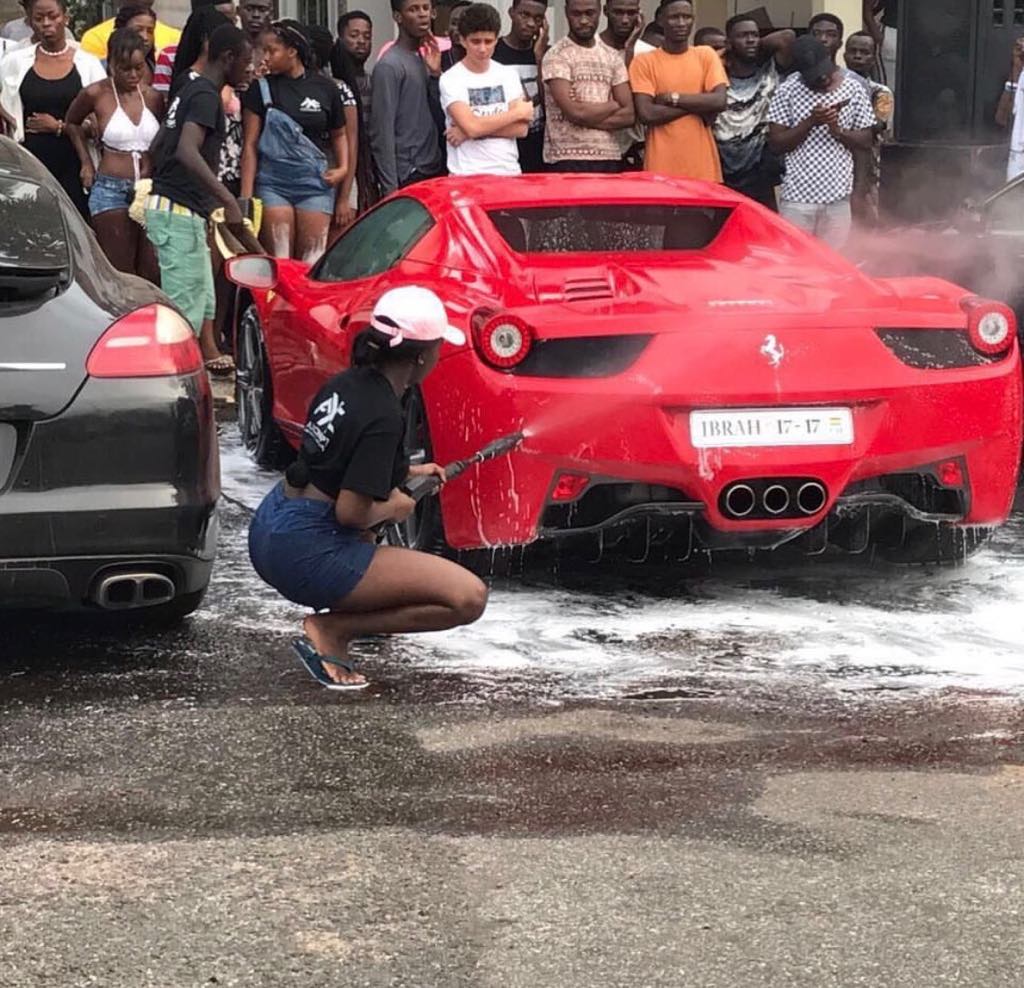 SEE ALSO: Meet The 31 year old Ghanaian who owns the most expensive cars in Ghana(Photos)