My wife is my biggest manager -Stonebwoy 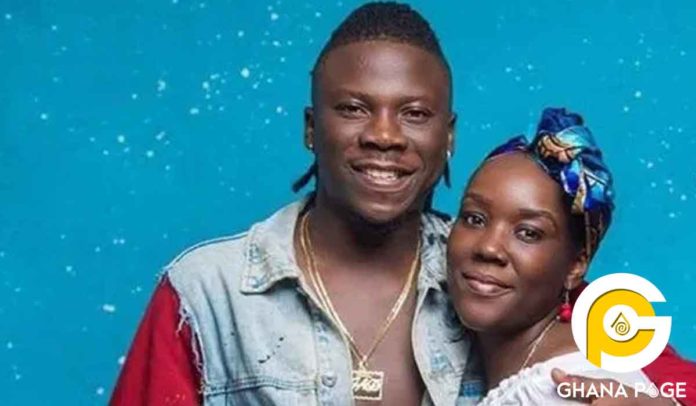 Reggae-dancehall artiste Stonebwoy has spoken on the viral report that his wife is the main cause of the rift going on between himself and manager, Blakk Cedi.

The “Ololo” hitmaker stated that his wife Louisa Ansong Satekla is his biggest manager who takes care of all his needs.

However, he added that his wife is not a manager in his team as a musician but only plays the role of his wife.

The musician further rubbished claims that his wife is the cause of whatever is going in his management team.

Stonebwoy stated that his wife hasn’t influenced his relationship with Blakk Cedi negatively because he met his manager before his wife came into his life.

My wife hasn’t influenced any negativity between my relationship and Blakk Cedi because he was definitely there even before she came to be in my life. But of course, my marriage should actually have an effect on my movement”, Stonebwoy stated.

This comes after it was reported that Blakk Cedi has been sacked as the manager of Stonebwoy and that his wife has filled that position.

It was alleged that his wife was the brain behind Stonebwoy’s decision to sack his manager over some financial issues.

However, the “Kpoo K3k3” crooner debunked such reports, adding that he was very irritated when his wife was bashed and criticized over something she knew nothing of.