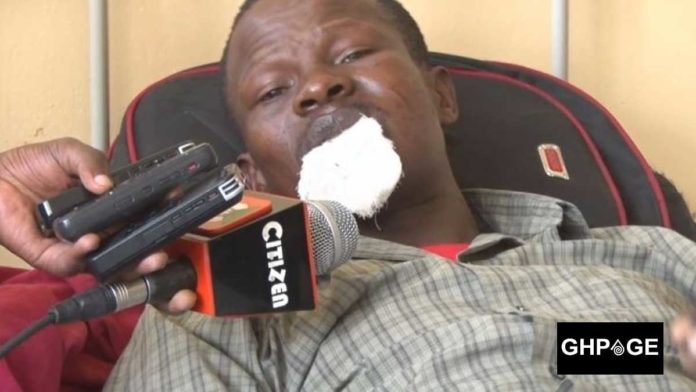 Sometimes one sits and wonders what at all people think about when they engage in small fights which later causes big trouble to them.

A man is currently in the hospital in Narok after he has lost his lower lip after his wife bit him for failing to visit her parents as earlier planned by both of them.

The man identified as Ben Onsongo was reportedly bitten by his angry wife after he postponed plans to travel to Kisii to see her parents.

“I postponed the traveling date to look for funds to facilitate the journey but my wife would not hear any of it threatening to even commit suicide,” the plastered Onsongo explained.

Explaining further he said on that fateful day, the lady had allegedly gone to a nearby river to commit suicide and he(Onsongo) ran to talk her out of it.

As they were walking home from the river the woman turned around and thinking she was rather coming to kiss him, she allegedly bit off his lower lip.

He was rushed to Talek Medical Centre by some good samaritans and later transferred to Narok County Referral hospital where he is currently recovering.