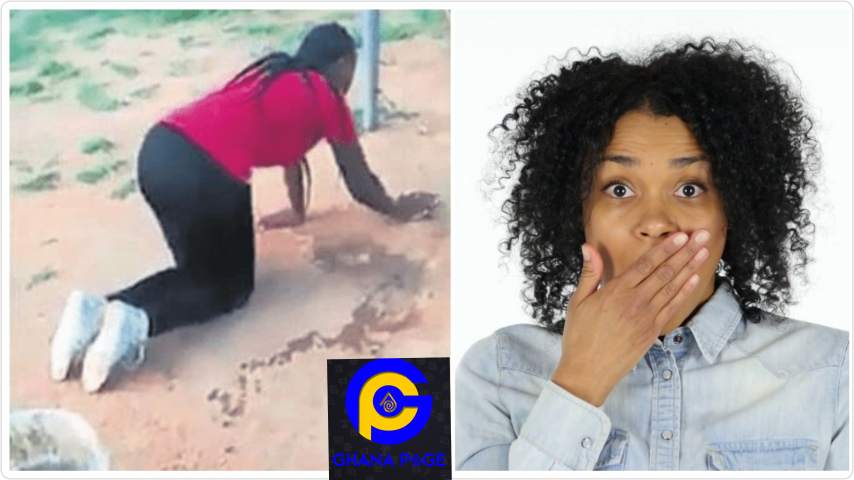 An enraged housewife was reported to have given her husband’s side chick a befitting punishment after catching them in the act.

According to reports, the dramatic incident took place in Pretoria, Tshwane, South Africa over the weekend and the video is now going viral after it was shared online. 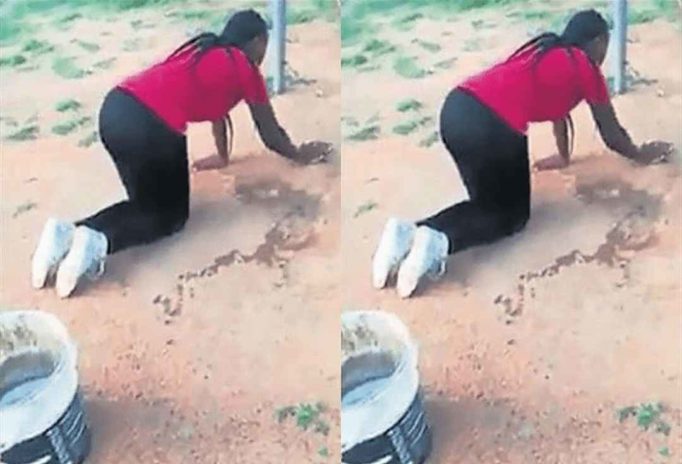 Upon catching them in the act, the wife made the woman say on camera that she’s a homewrecker who sleeps around with married men who have kids.

She was then given a bucket and a rag and asked to mop the floor. She was also asked to wash the blanket which she and the woman’s husband slept on.

“You want to be the woman of this house? Then do the chores as a wife. I want these blankets clean,” the wife said to her rival in the video.