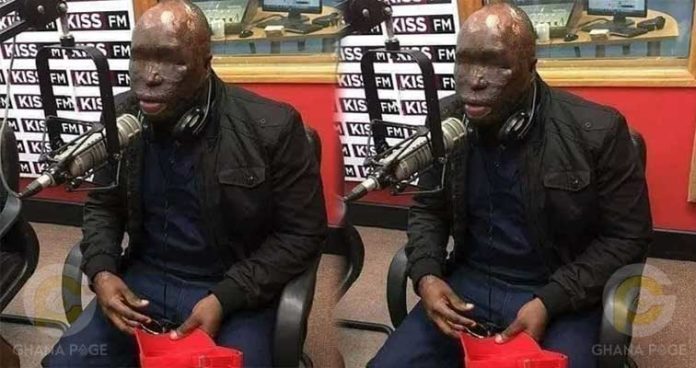 The story of Police Constable Dan Matakaya is really hurting considering the circumstance that led to his deformity and blindness.

Narrating his story, Constable Dan said he got home on September 21, 2013, but had no idea his life was about to change from good to worse.

Tired from my overnight shift in Kisii town, I went straight to bed only to realise a few minutes later that something had been poured on my face.

According to him, the burning sensation made him realize that he might have suffered an acid attack and had to act quickly but to his biggest surprise, he was electrocuted.

Apparently, his wife had connected naked wires and poured water on the floor. At this point, Matakaya screamed for help and his neighbours came to his rescue. 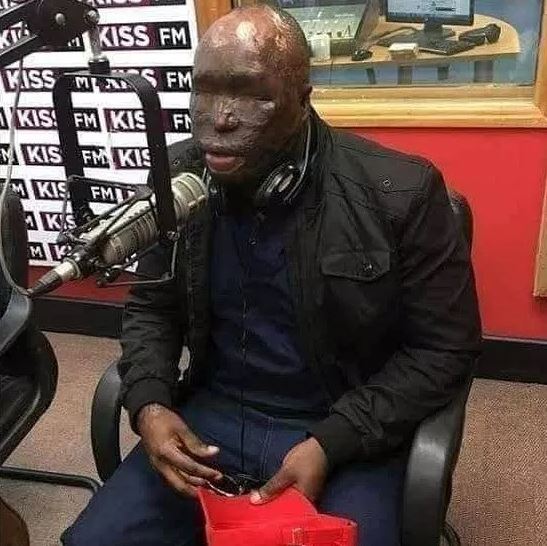 Upon arrival by neighbours, his wife had already left but surrendered to the police two days later.

Matakaya’s face had been destroyed. He survived the attack but the burns were so bad that he lost his eyesight. “The matter is in court but I do not know when it will come to an end. I was in the hospital for a long time and this delayed the case to some extent,” he said.