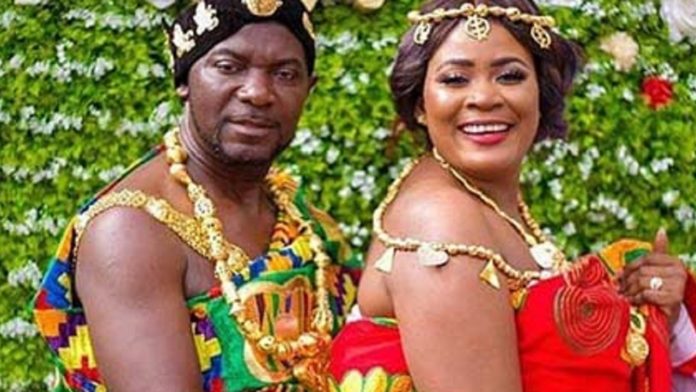 Popular Kumawood actress Gladys Mensah Boaku known in the movie industry as Nayas has sent a strong warning to single ladies over her husband.

According to the actress, she will not hesitate to disgrace any lady who gets romantically involved with her husband.

Nayas explained that she will gladly call out any lady who decides to be involved with her husband knowing he is married to her.

The controversial actress further stated that she has no intention of sharing her marital problems on social media as she did with her previous relationships.

Nayas explained that she is a different person now and will handle her marital issues in a matured way if the need arises.

In an interview, Nayas disclosed; “The lady who will be involved with my husband, being very much aware that he’s my husband but went ahead to have an affair with him, I will take her into the media for everyone to see and know who she is and what she has done.

Never and ever will I lash my husband. It will never happen. My husband is my husband, he has married me therefore if he does something wrong there’s no way I will bring my marriage issues to social media or into the media. I believe my husband won’t go the wrong way but if it happens, we will sort it out with both families”.

Nayas was previously in an amorous relationship with gospel musician Ernest Opoku but the relationship fell on the rocks after the actress attacked Ernest at a studio during an interview.

The actress recently tied the knot to a Ghanaian based in Germany identified as Nana Sarfo Kantanka who is the Asanteman Kontihene of Hamburg.