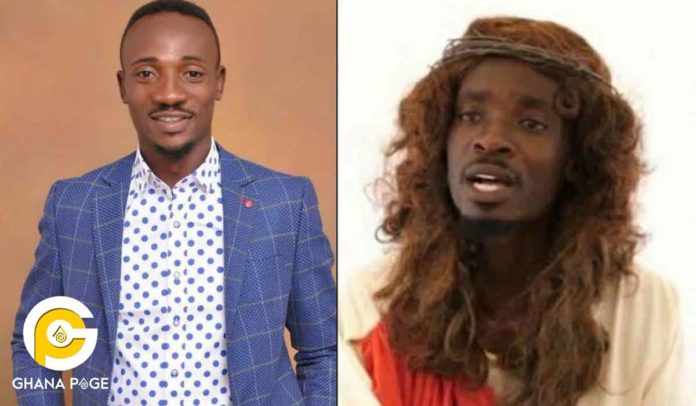 Popular Kumawood actor Justice Hymns popularly known as Mmebusem has called out Salinko for failing to pay for his services in the viral Jesus comedy skit.

According to Mmebusem, Salinko who is the producer of Boys Abre TV series hasn’t paid him for all the scenes he has shot.

Mmebusem explained that he was only assisting Salinko to promote the series and that there was no written contract between them.

He added that their issue stated after the skits went viral and Salinko claimed Mmebusem has become arrogant and proud.

Mmebusem further stated that Salinko also started being disrespectful to him because he felt he has made him (Mmebusem) a star.

Mmebusem added that Salinko rained curses on him via phone call after he decided not to succumb to his disrespect.

The local Jesus stated that he will only shoot additional scenes if only he receives payment from Salinko.

This comes after Salinko originally known as Abraham Davis disclosed that Mmebusem who played ‘Local Jesus’ in a comedy skits has become arrogant after the video went viral.

He also added that Mmebusem is ungrateful adding that he (Salinko) brought Mmebusem into the limelight.