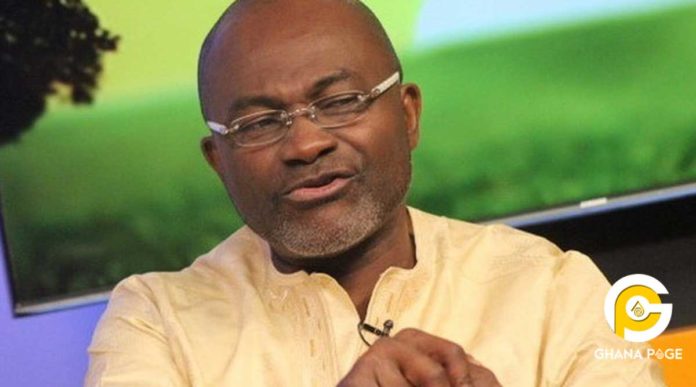 Member of Parliament for Assin Central, Kennedy Ohene Agyapong has proposed that the Cape Coast and Elmina Castles be sold to him to remodel the tourist sites.

According to Kennedy, he is saddened by the way the castles have been left to rot away and when sold to me he will refurbish it to generate more income.

ALSO READ: Dancehall genre is foreign culture, it should be banned -Kofi B

“I’m challenging the Regional House of Chiefs, people of central region and CEDECOM to sell to me both Cape Coast and Elmina Castles on just one condition, we will take pictures of the tunnel leading to the sea and then we will open up that tunnel for people to walk through it, we will put a ship or build a big restaurant on the sea, its simple, you write point of no return.

I get time anytime I see the castle been wasted away and I will reap more cash than the House of Chiefs and CEDECOM will get if they agree to sell it to me. The era of people explaining the conditions in which the slaves were sold is over, plays will be enacted to the tourists when they visit the castles and charge from $100 upwards. That is how we are going to make money”, he suggested.

ALSO READ: The true confession of a Sakawa king, Abusua

The Elmina Castle was built by the Portuguese in 1482 as a trade settlement and later became one of the most important stops on the route of the Atlantis slave trade.

The Cape Coast Castle was also built by European traders for trade in timber and gold but later used in the trans-Atlantic slave trade.

They were used to hold slaves before they were loaded onto ships and sold in the Americas, especially the Caribbean. This “gate of no return” was the last stop before crossing the Atlantic ocean.