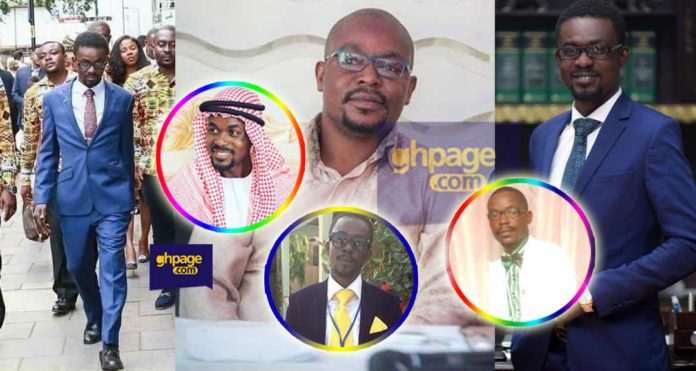 The Menzgold brouhaha is still ongoing and Nana Appiah Mensah the CEO of Menzgold, Zylofon Media, Zylofon Cash, and others has been on the hot seat. There have been a lot of allegations leveled against the man as far back as 2012 when he was completely unknown by Ghanaians. Interestingly, one person whose name is always mentioned alongside NAM1’s is one William Atsu Tekpor.

According to Gideon Aduku who has made several damning allegations against Nana Appiah Menah in relation to fraud, visa scam and Ponzi scheme, William Atsu Tekpor has always been the right-hand man and partner in crime of NAM1.

Gideon in a series of social media post revealed how NAM1 and William defrauded hundreds of people through a gold scam using a company called EssefGold which was later rebranded to Menzgold years later and dodged punishment because they were protected by some bigwigs in the NDC party.

“In fact, the CEO of Zylofon Nana Appiah Mensah is the Mastermind behind all this. I know for a fact that Nana Appiah Mensah and William Atsu Tekpor were deeply involved in this business of defrauding people from Visa contract promises to gold investments as far back as in 2012. I have information on their previous offices at New Weija and can tell you for fact that these guys had backing from a powerful person in the NDC(name withheld), they even had the audacity to tell some of their victims that as so far as the NDC was still in power, they would never see jail or refund their monies.”

Well, Ghpage.com has found the mysterious William Atsu Tekpor who has been tagged as the partner in crime of Nana Appiah Mensah by the Facebook User, Gideon Aduku.

William Atsu Tekpor is the Chief Operations manager for Zylofon Media and from what we have gathered, he is the next in command after Nana Appiah Mensah in the entire Zylofon group of companies.

From what we have gathered through searches, the last time William Atsu Tekpor ever made it to any of the social media platforms was in 2011.

A student from the University of Cape Coast is currently in the grips of the Ghana Police after he was arrested for...
Read more
Entertainment

One of Ghana's youngest millionaire Ibra one in an earlier story posted by Ghpage.com went on an iPhone sharing spree where it...
Read more