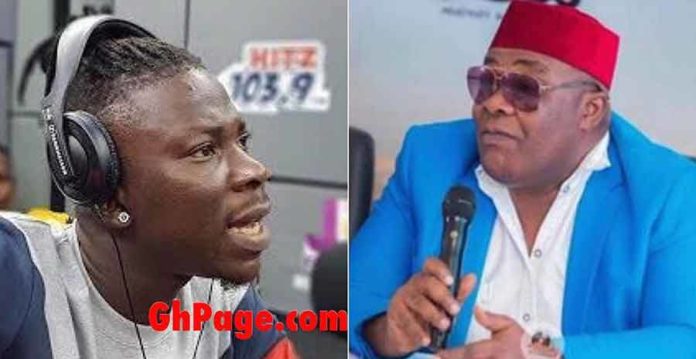 Willie Roi was reported dead yesterday evening and according to reports, the Artists and Repertoire Manager of the Nana Appiah Mensah owned Zylofon Media was found dead in his room with blood oozing from his mouth and nose.

Willie Roi, since the inception of Zylofon Media, was in the news for a myriad of reasons and below are five which got social media roaring.

Willie Roi was informed by Management of Zylofon Media to stay off all activities on live radio on Zylofon 102.1FM, with special mention of his pundit role on ‘Showbiz Agenda’, the entertainment morning show on the dial until further notice!

His commentary and outburst on the station plus his social media posts have come under severe criticism thus putting his employers in the bad light almost all the time.

Willie Roi disclosed in an interview that the Bhimnation boss, Stonebwoy is rude and does not like the way he approaches him.

He stated that he has no problem with the Tomorrow hitmaker but only dislikes his rudeness towards him. “What I don’t like is his rudeness he displays anytime I want to talk to him”, he added.

For months if not years, Mr Logic and Willi Roi have never seen eye to eye in the music industry. Mr Logic has on countless occasions exposed the dirty sabotaging activities of Willi Roi.

4. His take on Sarkodie’s ‘Advice’

Willie Roi was again in the news for saying that Sarkodie’s hit song, ‘Advice’ was full of contradictions. He added that Sarkodie is lyrically bankrupt and cannot compare himself to Shatta Wale.

Willie Roi over a period of time descended on popular Ghanaian reggae and afro-dancehall act Stonebwoy and in a Facebook post which was condemned by many, Willi Roi stated: “WHILE STONE IS BUSY PLAYING CHEAP GIGS FOR HIS POCKET SHATTA IS SHOOTING MULTI MILLION VIDEOS
LOOK SHARP !!
EWE EAGLE”; a description that made the fans of the dancehall artiste descend on him calling him an ‘old fool’.