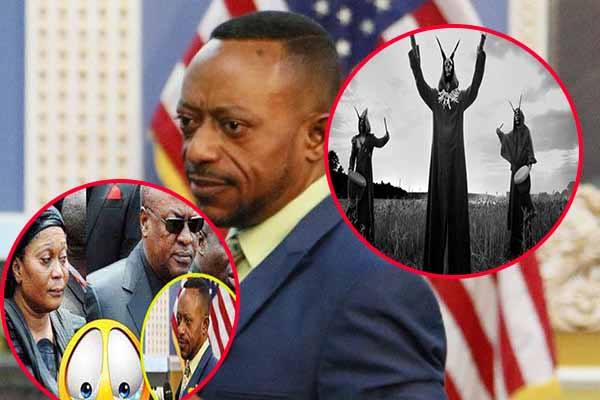 Prophet Owusu Bempah has long been rumoured to be one of the fake prophets in the country who always strive on controversial prophecies to be popular.

He was named by a well-known Kumasi-based Preacher, Apostle Kofi Nkansah-Sarkodie as among the lot of prophets working in Ghana who is self-appointed ones and has not been called by God.

According to Sarkodie, his fake prophetic actions portray through his arrogant lifestyle and his deeds.

read also: A truck loaded with cement runs into Ashaiman market injuring many

It seems his claims have been confirmed by one woman who claims that Owusu Bempah is not from God as 80 per cent of Ghanaians has come to believe.

According to her, Owusu Bempah’s powers in the spiritual realm is similar to that of Kweku Bonsam because they are powers inherited from his family and not ordained by God.

“People think Owusu Bempah is an occult or Illuminati but that is not so, his powers are what he inherited from his family lineage,” she said.

She also stated that Owusu Bempah and Kwaku Bonsam are bitter rivals in the spiritual realm.

read this: I WILL EXPOSE THOSE WHO KILLED AMISSAH ARTHUR AFTER HIS BURIAL – OWUSU BEMPAH

We can recount of a post we made when Kweku Bonsam insulted Owusu Bempah after the death of Amissah Arthur when it was revealed that he[Bempah] prophesied about his[Amissah Arthur] death some time ago. Watch the video here.

Owusu Bempah had earlier threatened to burn down the gods of Kwaku if he ever mentions his name again in disagreement to his prophecies.

According to him, Kwaku Bonsam has no power and he doesn’t understand why people still believe he has some powers, most especially the ‘pastors’ who go to him for ‘power assistance’. Read the full story here.