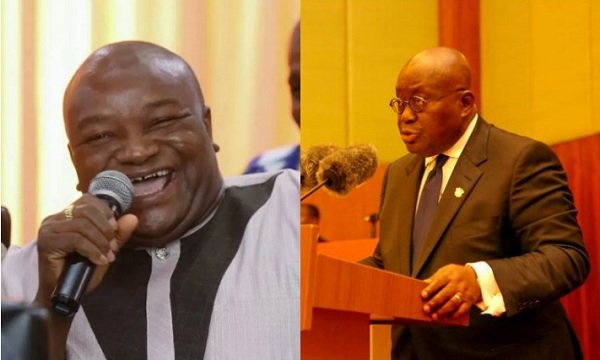 The governing body of the new patriotic party (NPP) led by H.E Nana Akufo Addo held a maiden meeting at the Flagstaff House on Thursday, January 4, 2017, with leaders of various political parties in Ghana.

Leader of the All People’s Congress (APC), Dr. Hassan Ayariga was among party leaders who held a maiden meeting with President Nana Addo Dankwa Akufo-Addo at the Flagstaff House on Thursday, January 4, 2017.

One thing that caught the attention was the broad smiles of Dr. Hassan Ayariga who held a microphone and was making a point during the said meeting.

“I congratulated the President on his electoral victory and he sarcastically said because I was not around to cough this time,  that is how come he emerged victoriously”, he said.

This sparked a spontaneous laughter among party leaders in the meeting hall.

Nevertheless, Hassan Ayariga subsequently gained the notorious name- Ayaricof– after he incessantly coughed to distract the presentations of Nana Akufo-Addo during the debate.

Meanwhile, Kennedy Agyapong alleged that “A close confidant of Hassan Ayariga has come out to openly confess this to me that Hassan Ayariga was paid huge sums of money to do that…to cough just to distract Nana Akufo-Add.

ALSO, READ: “Nana Addo is not the best man to manage this country” – Mr Hassan Ayariga