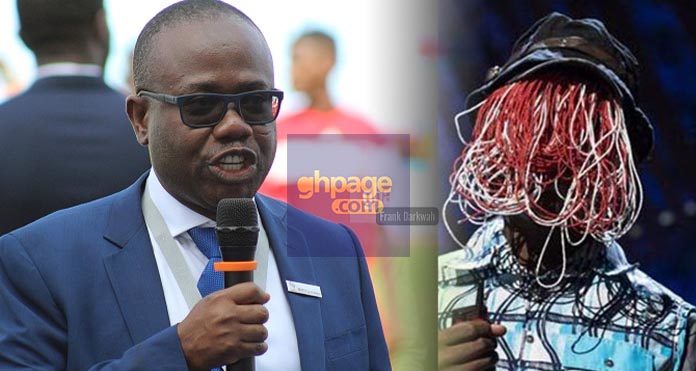 According to reports gathered by Ghpage.com, Kwesi Nyantakyi was using the name of the president and the vice president to extort money from football investors.

Kwesi Nyantakyi was captured by investigative journalist Anas Aremeyaw Anas’s in his yet to be released latest corruption exposé.

The exact words by the embattled president of the Ghana Football Association (GFA), Kwesi Nyantakyi, has been leaked in the media and your trusted website Ghpage.com has it that, Kwesi Nyantakyi in the expose had bluffed his way to striking huge dark deals with football investors eager to have their cash and stakes in Ghanaian football.

Mr Nyantakyi in the yet-to-be-released exposé of investigative journalist Anas Aremeyaw Anas was heard saying he has the President(Akufo-Addo) in his pocket. The reason for his immediate arrest is ‘defrauding by false pretence’.

In a transcribed quote of the exact portions of Anas’s part five of the expose reads:

“Ghana is the easiest place to do business, all you have to do is to give Nana $5million and Bawumia $3million, l have the President in my pocket, l see him every day. As for referees, all you need is, give them 20 cedis and girls and they are sorted,” he’s captured saying

The latest piece of ace investigative journalist Anas is set to be premiered on June 6 at the Accra International Conference Centre.

Stay glued to Ghpage.com as we will update you on all happenings concerning Anas’ latest piece.