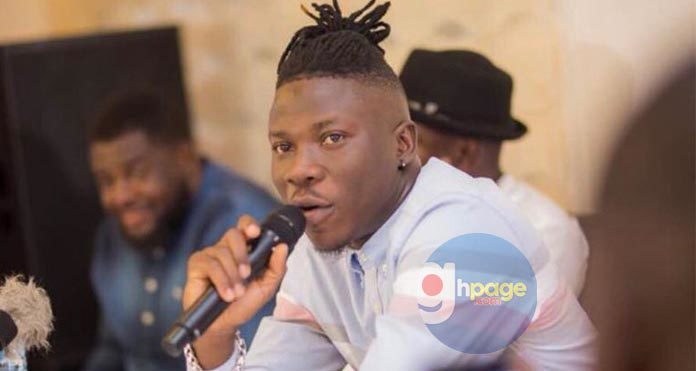 Dancehall artist, Stonebwoy, appears to have paid no mind to a press release by Zylofon Media to the effect that all persons seeking to book artistes signed up with the company must do so through Zylofon Media.

Well, that seems to have angered Zylofon Media at long last and they have written to Charter House, the organizers of the annual Ghana Music Awards for clarifications.

Organizers of the Vodafone Ghana Music Awards has fended off allegations that it engaged the services of Stonebwoy without the consent of Zylofon Media.

After Charterhouse advertised Stonebwoy as one of the acts billed to perform on the night of the Nominees Jam of the awards, reports emerged that the BET Award winner was not going to be attending the event.

This was as a result of concerns Stonebwoy’s record label, Zylofon Media had raised. The label accused Charterhouse of engaging Stonebwoy without their permission, though they had cautioned against such business deals in a communiqué released on March 13 this year.

In a letter that circulated on social media, Kwame Akuffo and Co Unlimited demanded that Charterhouse confirms to their clients (Zylofon Media) if the firm had truly engaged the services of Stonebwoy without the appropriate consent.

However, Head of Communications of Charterhouse, George Quaye on Daybreak Hitz on Hitz FM with Andy Dosty, insisted, the event organising firm did not err in the process of booking Stonebwoy.

At “Charterhouse, we believe we did what we believe was the right thing to do. We did not violate any regulations,” he explained.

He explained Charterhouse followed already existing procedures in getting the musician and expected that the appropriate persons in his camp would follow the other right procedures.

He said, even though Stonebwoy’s management had previously said he wouldn’t be available anymore, (an action believed to be as a result of the booking controversy), they later confirmed to Charterhouse, Stonebwoy will be gracing the stage this weekend in Cape Coast.