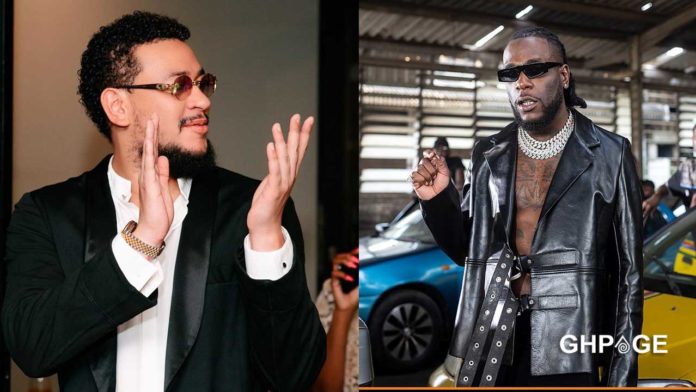 South African rapper and record producer Kiernan Jarryd Forbes professionally known as AKA has dared Nigerian musician Burna Boy to lay his hands on him.

In a tweet, the rapper stated that he will be present at Burna Boy’s show and watch him attack him in his own country.

AKA tweeted; “I would love to attend this show and watch this man put his hands on me in my own country”.

It can be recalled that Burna Boy threatened to beat AKA when he made some racist comments during the Xenophobic attacks. 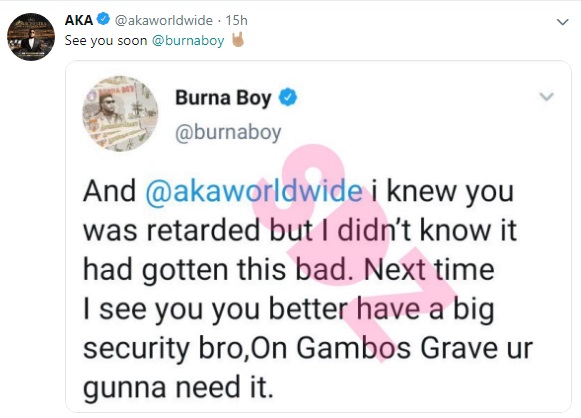 Well, the South African rapper’s dare comes after it was reported that Burna Boy has been billed to headline a show in South Africa.

AKA also stated that he will only overlook Burna Boy’s comments if he renders an apology to him.