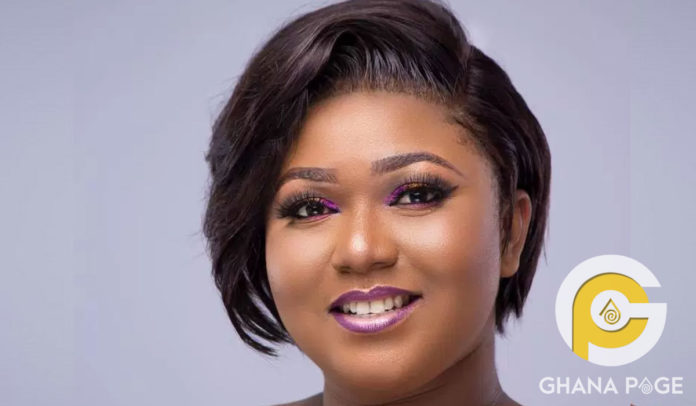 The ongoing beef between video vixen and actress Akuapem Poloo and Kumawood actress, Xandy Kamel, appears not to be dying out anytime soon.

It all began when Xandy Kamel and Tracy Boakye accused Akuapem Poloo of conspiring with popular Instagram blogger, those called celebs to not promote the ‘Baby Mama movie’

Xandy also alleged that Akuapem Poloo was sleeping around with different men when she was in Kumasi to shoot the project.

In response Akuapem Poloo said Xandy was and shameless beggar who went to beg father of late Ebony reigns for an iPhonex max. She also called her a fat hippopotamus.

Reacting to Akuapem Poloo’s allegations, Xandy has invoked curses on her using Krachi Dente. According to her, she has never spoken to Starboy Kwarteng (Ebony’s father) and she doesn’t have his number.

”I invoke curses on you and your generations to come for lying against me.. when you drink water you will have problems.. when you cross the road problems will follow you.. I use the spirit of my my mother and father to curse you”

This girls are taking things too far

It is no news that Xandy and Akuapem Polo have been archenemies until Kumawood actress and producer, Tracey Boakye brought them together to work on her Baby Mama project. It appears that their union was short lived as Akuapem Poloo and Xandy Kamel have resumed fighting and throwing shots at each other on social media.

The story continues to unfold, stay tuned to ghpage.com as we bring you all the details as it happens.