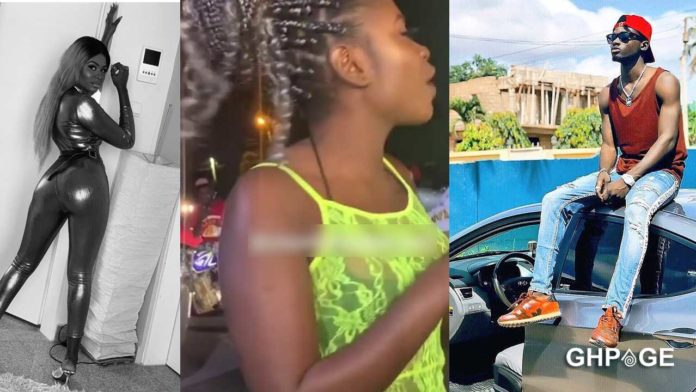 Yaa Jackson in a video that has since gone viral is seen laughing as she speaks about the possible price of the shoe she is wearing in the video. She then enquires about the price that highlife musician, Kuami Eugene quoted as the value of his shoes which he claimed was purchased from a Zara shop.

A man then informs her that the figure Kuami Eugene mentioned was $700 dollars, and she confirms with a smile that she paid the same amount for her shoes.

With a smile on her face, she mockingly insists that her shoes were also purchased from a Zara shop.

On the other side, veteran songstress, Stephanie Benson, revealed that no Zara product costs more than $100.