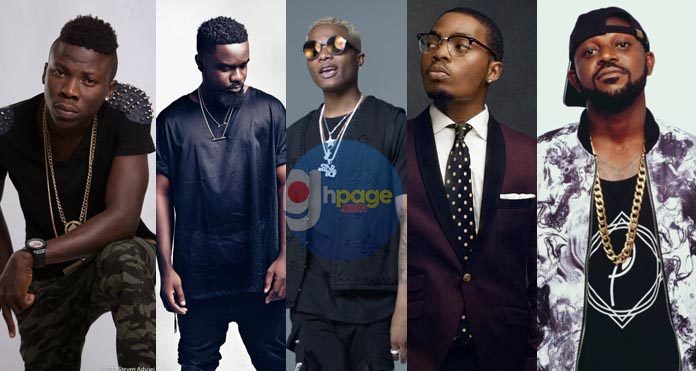 Zylofon Cash Activation Concert came off yesterday at Victoria Park, Aflao in the Volta Region of Ghana and among the artists that thrilled the mammoth crowd are Edem, Dhat Gyal as well as Zylofon artists.

It was obvious the gathered crowd was expecting to see all the Zylofon artistS but Ayigbe Mafia, Stonebwoy swerved them and boycotted the show because of his feud with his record label, Zylofon Media.

But the self-acclaimed Dancehall King, Shatta Wale was there to give his energetic performance.

Shatta Wale during his energetic performance yesterday at the Zylofon Cash Activation Concert in Aflao took a short break to interact with the fans before continuing, he challenged the fans to mention an artist and he will tell them their liquidity. “Ghana artiste are poor if you like, mention any artist and a will tell you where there he is poor or not”.

Now as smart as the fans can be they mentioned his own name ‘SHATTA WALE’ … he fearfully responds … “am poor that’s why I have joined Zylofon to change my life”, not the real Shatta we know right? LOL!

READ THIS TOO: Video: Watch what happened when Shatta Wale tried to perform his diss song to Stonebwoy at Zylofon Cash Activation Concert in Aflao

For all the names mentioned none of them will reply him but as we know the Tema based rapper (Yaa Pono), he’s a no-nonsense man and dissing is his hobby, can we expect a reply from him soon?