Are you not sleeping with a man, why are you not successful? – Moesha Buduong asks critics 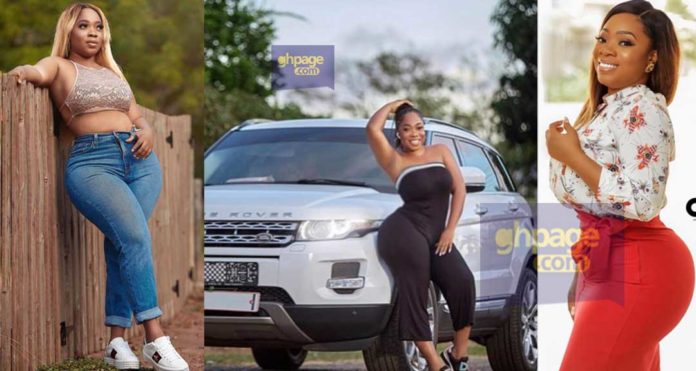 Sighting things from afar as spectators, the IG model has decided to accept who she is and all that she does to make money, we all know the acting and modeling are just baits.

Speaking in one of her interviews with Christiana Amanpour, she revealed how she manages to live a luxury life by depending on the arm of a sugar daddy because being a successful woman in Ghana comes with a huge price.

Read Also: Some girls will die single because of their standards’ MzVee

After her statement, she received some backlashes from Ghanaians but did not emotionally affect her.

The part-time actress has always been considered as one of the ladies in the country who depends on rich men to survive.

Obviously, many of our female celebrities are speculated to be surviving and living a luxurious life with the same business.

Some people always speculate that any lavish car they buy, any holiday they enjoy is sponsored by some old men, something Salma Mumin on every platform rebukes.

Well, Moesha making things clear to her critics has a big question thrown on them and I think it will demand an intelligent female to give a convincing answer.

However, Salma Mumin previously had made a statement which we think may be an answer to her colleague’s question.

Read Also: “My parents rejected me because of my short physique” -Don Little

Salma mentioned that there are levels to this sponsoring work so just maybe, they are not on the same level as them.