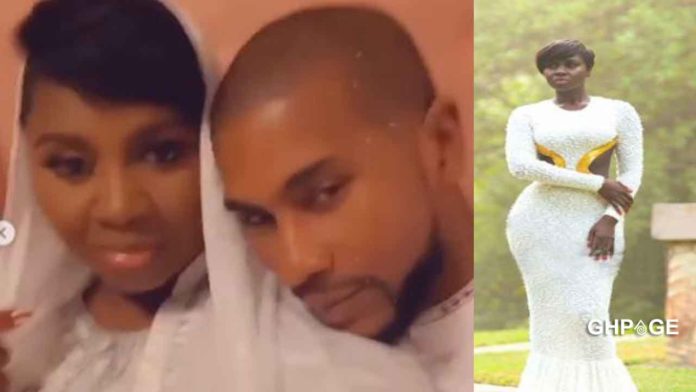 Princess Shyngle’s woes seem not to be over as she keeps receiving life-threatening messages and voice notes from her ex-husband Bala Gaye.

The Gambian actress and socialite announced in January 2021 that she had married her longtime best friend and her “crush since 8th grade”, whom she’s known since they were kids.

The marriage between Shyngle and Bala Gaye ended after only a few weeks, with Shyngle alleging that domestic violence was involved.

A few days ago, she took to Instagram to allege that she’s living in fear and that her life is being threatened by her ex-husband. In a lengthy post, Shyngle said that Gaye is also threatening to kill her parents.

She shared snapshots of some of the threatening messages and said she has made a report to the Atalanta Police and the Federal Bureau of Investigations (FBI).

One of the messages allegedly sent to Shyngle by Bala Gaye reads: “I wouldn’t take this embarrassment for no one. We both die tonight.”

Another message said: “You gotta go. It’s the only way my life can be normal”; “I just wanna strangle you until you lose breath and die in my hands,” and “I can’t wait till I get the news you’re dead.” and so on.

In one message, he said Shyngle would be barren in life and that he can’t wait for her to die!

“I can’t wait till I get the news ur dead.. God don’t want another you that’s y she wouldn’t give you kids no matter how hard you try,”

In another threatening message, he called her a hoe and threatened to squeeze the life out of her.

Shyngle’s alleged messages from her ex-husband have not been authenticated but if she has really reported it to the cops then she’s done the right thing.

The messages seem very unhinged and dangerous – if they are real.

With Princess Shyngle, you never know what is real and what is for clout.

She’s a pro in the “fake it till you make it” lifestyle.

Man beats girlfriend for saying ‘No’ to his marriage proposal

Video of a lady feeding her mad boyfriend warms hearts