In order to get movie roles, she explained. 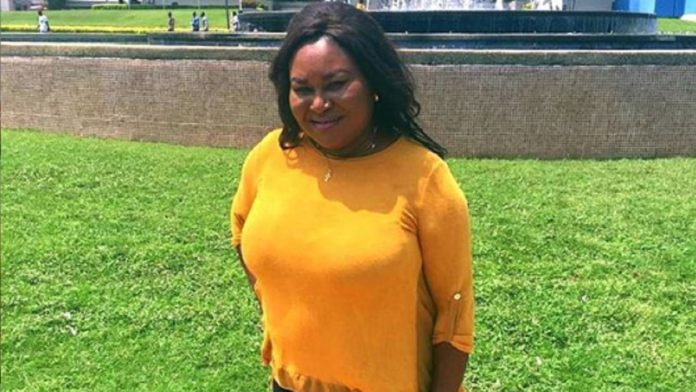 Renowned Kumawood actress Miriam Akyere Donkor popularly known as Akyere Bruwaa has opined that the notion that most producers demand to sleep with young actresses for role in a movie is not true.

According to the actress, she has never encountered such instances before since her ‘Concert Party’ days till now.

She explained that sleeping with a producer for a role is a personal decision and that no one can be forced to do that.

If such things happen, then it was agreed by both parties. Most of these young actresses force themselves on the producers and later play the victim. Such stories are false”, Akyere Bruwaa stated.

Several actresses have disclosed that some movie producers have demanded to sleep with them before giving them roles in a movie.

This is a common practice especially in the movie industry and renowned actress Yvonne Nelson recently revealed in an interview that some producers have demanded sex before handing her a movie role.

She stated that she refused the offer because she knows her worth and would not stoop that low just for a movie role.