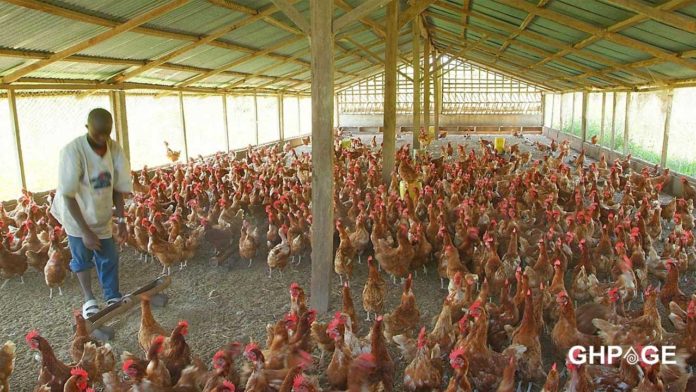 A young man identified as Steve Morrow got the shock of his life after he mistakenly bought 1000 chicken online ahead of Christmas.

According to Steve, he only intended to buy 2 chickens but because the advert was confusing he ended up paying GHC 110 for 1000 chickens.

Morrow, who lives in New Zealand, said he was browsing Trademe.co.nz, the country’s largest auction website, when he stumbled upon a post that was for urgent sale and decided to buy two.

“For urgent sale is one 1,000 — bird mixed age flock of Brown Shavers and Highlines. As a matter of urgency, we need to move approximately 1000 hens,” it read.

But in a bizarre turn of events, he was told he had actually bought 1,000, when the bid was sealed at 11am on Sunday, November 3.

He said he misread the ad, thinking the highest bidder could take as many birds as they wanted and the seller would continue to auction the rest of them off until they were all gone.

According to him, he put in an auto bid for $20 (GHC110) thinking he could at least get two hens but by Sunday morning he discovered that he had actually won the auction for $1.5 (KSh 155).

The ad explained that an egg farm in West Auckland, was closing down and all the hens needed to be removed by Monday, November 4.

Morrow, who manages a bed and breakfast in Hamilton, New Zealand, was only looking for a couple more hens as he already had 10 on his property that provided eggs for his guests.

“When the auction closed, I thought ‘this is great’, I could take as many birds as I wanted. But when I spoke to the man and he said it was for 1000 hens…holy moly, I was stunned,” he said.

Matthew Blomfield, who owns the free-range egg farm in Auckland, New Zealand, said Morrow should be given credit for following through with the sale and trying to find homes for the hens.

Unsure of what to do next, Morrow posted on a Facebook urgently asking for help and within hours, he received thousands of replies from people across the country offering to lend a hand.

While noting that more than 700 of the birds have been given homes after the plea, he also said he would not ‘let the birds down even if it meant driving to Auckland to feed them.