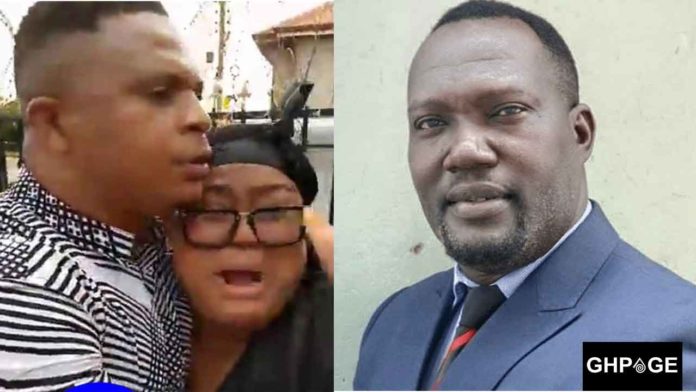 The final funeral rites of the late Bishop Bernard Nyarko is currently underway at his residence at Lakeside Estate in Accra.

Members from the Kumawood industry were present at the private service to pay their final respect to the late actor.

One sad moment at the funeral rites was when Ghanaian actress, Vivian Jill Lawrence couldn’t hold her tears and wept uncontrollably.

Amid tears, the actress told the late Bishop Bernard Nyarko to take revenge if indeed some forces or persons are behind his death.

Vivian Jill was one of the actresses that were really affected by the death of Bernard Nyarko due to the great friendship they shared.

His sudden demise came as a big blow to Ghanaians, especially to members of the movie fraternity.

Bishop Bernard Nyarko passed away at the Ridge Hospital on Saturday, May 2, 2020, from colon cancer.

ALSO READ: The late Bishop Nyarko gave me a message to deliver to the world -Lady reveals

Well, according to sources, the body of the late actor will be sent to Obosomase in the Eastern Region, where he will be laid to rest.