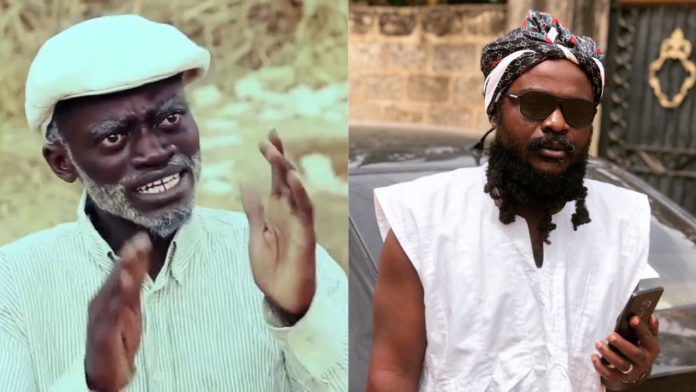 The actor Kwadwo Nkansah Lil Win has been accused of destroying and collapsing the Kumawood movie industry.

He has been called out for his greed and monopoly which has had dire consequences on the local movie industry.

This was communicated by Reggae-Dancehall artist Ras Kuuku who described Lil Win as a small boy who needs to humble himself and learn.

Ras Kuuku also warned Lil Win not to enter the music industry with his bad energy and cripple it. According to him, Lil Win has a penchant for destruction and thus should not be tolerated.

In a controversial Facebook post, Ras Kuuku did not express his supposed dislike for Lil Win but also warned him to stay in his lane.

Kwadwo Nkansah is the main reason why the Ghana movie industry collapsed, Humble Yourself me nua . You see how you’ve collapsed KumaWood.”

“Shame on you. We got no space for concert party people like you in the Music Industry. Go and fix your failed and collapsed KumaWood. S3 ‘me ladder’ Aaah, foolish song like that.”

There have been pockets of allegations against Lil Win by producers, filmmakers and actors who believe he has hijacked the Kumawood space.

Some veteran actors have also cried over the fact that Lil Win has become the primary actor for all roles which in turn deprives them of opportunities.

Is Lil Win blameable for the collapse of Kumawood? Ras Kuuku thinks so and has asked him not to trespass into the music industry.