“Your marriage is a local scam, wake up from your sleep” -Nigerian lady advises Becca 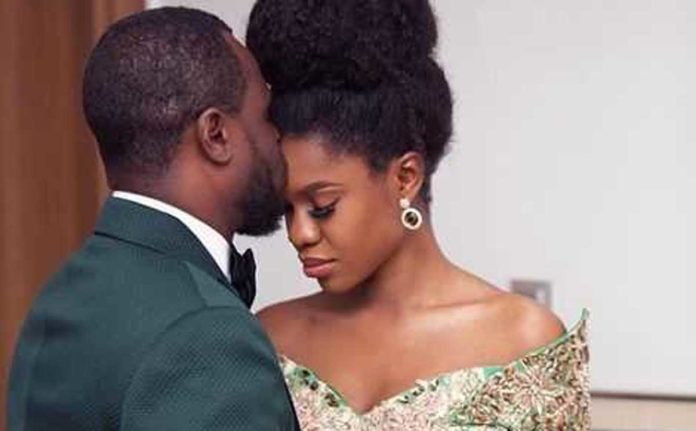 A Nigerian lady has advised Ghanaian musician Becca over her marriage to Tobi Sanni Daniel which to her is a local scam.

According to the lady, Tobi is a scammer whose aim is to get rid of anyone around Becca who will be a hindrance to his plans.

ALSO READ: “Hope you talk some sense into her” -fans ask as Gifty Anti visits Becca

The lady also wondered why the ‘Na Wash’ hitmaker could choose her husband over her mother and advised her to wake up from her sleep.

She added that Tobi Sanni Daniel is a Yoruba and that the musician should be careful of him.

“I have known for long that this Becca’s marriage is a local scam. Becca wake up from your sleep because this is a local scam. When a scammer comes into your life, he will check who will notice his plans early and he will discriminate that person.

How will you choose your husband over your mother? You are giving this woman sleepless nights. This is a local scam”, the lady stated.

ALSO READ: “I have cut you off from Becca” -Tobi allegedly told Becca’s mother

This is in relation to the recent dispute between Becca and her mother, Mrs Juliet Yiadom-Oti.

The husband of Becca, Tobi recently accused Madam Juliet of being a witch and has ceased her from visiting her daughter and grandchild.

Madam Juliet in reacting to this allegation by Tobi indicated that her daughter’s husband is very disrespectful and a thief.