Video: See Yvonne Okoro Angry On Screen When Asked About Her Relationship With Criss Waddle 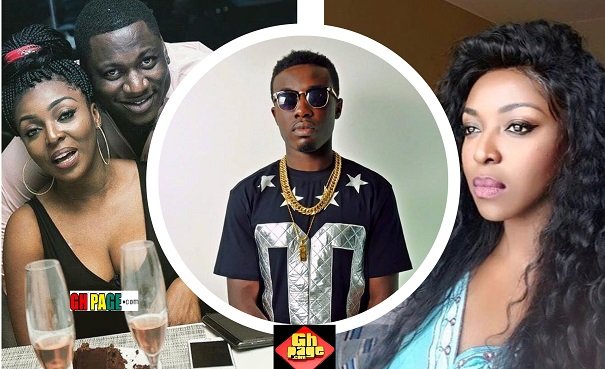 For days, weeks, and even months there was a story trending that actress Yvonne Okoro was in a relationship with hiplife rapper-Criss Waddle.

Following these rumors, Criss Waddle posted on his Instagram page that, Yvonne was just his crush.

Months down the line, the Ghanaian actress finally revealed something about their relationship.

Now, Radio and television personality, Deloris Frimpong Manso, known on screen as Delay, seems to have stepped on the toes of Yvonne Okoro after asking her about her rumored relationship with Chris Waddle.

The gorgeous actress appeared as a guest on the Delay Show last weekend, and in the middle of the interview, Delay threw her a question regarding her rumored date with the rapper Chris Waddle.

However, Delay’s question appeared as a cross-examination to the actress, especially after the presenter put it to her that her date with Waddle could be true following her latest remarks that she was looking for a husband.

As a response to the question, the actress furiously retorted if Chris Waddle was “an animal” that she was forbidden to date, adding that she sees nothing wrong if she dated the musician.

“First of all, is Chris Waddle an animal? Is he not a man, is he not a human being? What is wrong with if I’m dating Chris Waddle or if I date Chris Waddle? If he’s the one that will make me happy [there’s nothing wrong].” Yvonne retorted.

Watch the full interview video below.