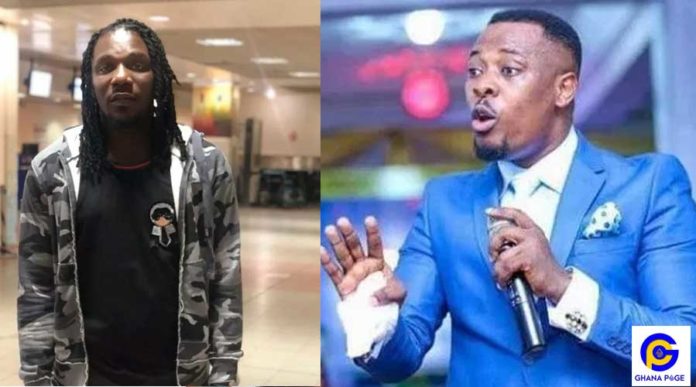 Reports reaching Ghanapage.com points out that the former manager of Kumawood actor Lilwin has been arrested by Prophet Nigel Gaisie.

According to reports, Zack is currently behind bars at the Mile 7 police station after he stormed the True Word Fire Prophetic Ministries on Sunday 21st April 2019.

ALSO READ: Nigel Gaisie sleeps with small girls at his church; he is fake -Neighbour

Prophet Nigel Gaisie reported Zack originally known as Abdul Razak Amissah to the police after he claimed Zack caused destruction at his church.

Zack went to the church premises to confront the self-acclaimed man of God over a prophecy which suggests that Zack has spiritually locked the voice of his former artiste with a padlock.

Prophet Nigel Gaisie, last week disclosed to Kumawood comic actor Kwadwo Nkansah Lilwin at his church premises during a prophetic session that his former manager known as Zack with the help of a spiritualist has locked his voice with a padlock.

According to the man of God, Zack did that with the intention of obstructing his music career.

Zack, in reacting to the prophecy was really outraged and gave Prophet Nigel Gaisie a one-week ultimatum to retract his statement and also provide evidence to back his allegations.

He also disclosed that he will take legal actions against the man of God if he fails to adhere to his request.