Zimbabweans start selling their toes for money to survive 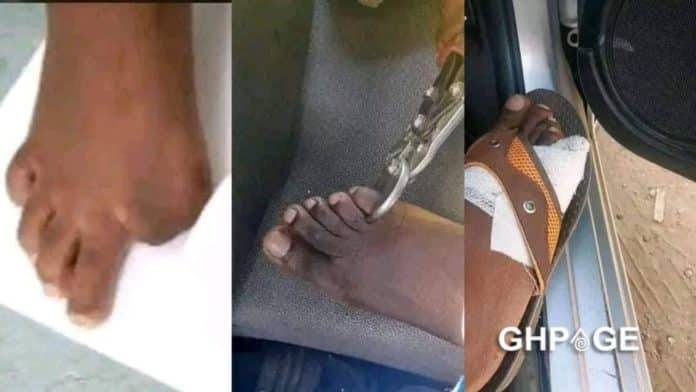 Zimbabwe citizens are allegedly cutting and selling their toes for thousands of dollars due to the high costs of living and the government’s failure to create jobs in the country.

According to social media reports, the larger toes are purchased for $40,000 while the smaller ones are bought for $20,000. The toes can also be exchanged for big luxury cars.

It has also been gathered that several men have been spotted struggling to walk after selling off their toes at Ximex Mall in the capital of Zimbabwe.

South African lawyer and journalist, Barry Roux also confirmed the report by sharing a video of a man struggling to walk while showing off his new luxury car after selling his toe.

He wrote: “In Zimbabwe, people have started selling their toes for thousands of dollars or for big cars. This is due to the high cost of living and failure for the government to create jobs. The toes are being bought at $40,000 dollars while the smaller ones at $20,000 dollars.”

Now, the big question is, the people who buy the toes, what do they do with them? Stay tuned for more on this heartwrenching development.