Zylofon’s PRO, Arnold blasts Bullet for claiming to have made Ebony 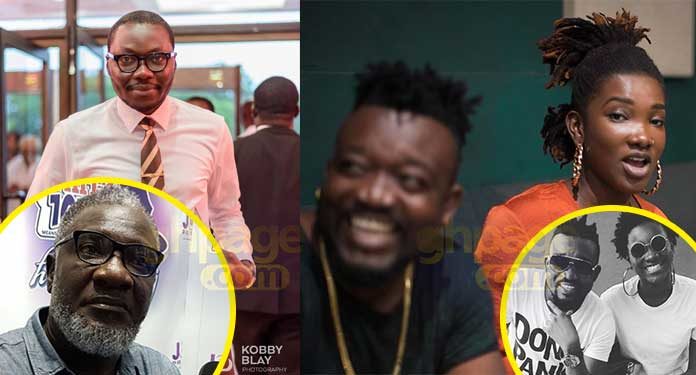 Zylofon’s PRO, Arnold Baiden has waded into the recent feud between father of late Ebony Reigns, Nana Opoku Kwarteng and manager of Rufftown Records, Ricky Nana Agyemang also known as Bullet stating that claims made by Bullet that he made Ebony who she was before her untimely demise is uncalled for.

Since the brouhaha started, critics of Nana Opoku Kwarteng have stated severally that, nobody would have known Ebony Reigns had it not been Bullet’s efforts. In short, they say Bullet made her so he should shut up!

According to Arnold Baiden in an interview, in as much as Bullet made Ebony who she is and that’s no doubt, Ebony also shot Bullet into the limelight.

In his assertion, during the old days of Ruff and Smooth, which Bullet was called ‘Atuoaboba’, Akhan was the frontman of the group and Bullet was the shadow man until Ghanaians heard of EBony Reigns, that’s when it was realized that Bullet was a good artist manager and not as a good musician.

read also: Reports have it Kofi Annan died from a protracted illness

He also stated that, artist and artist manager work hand-in-hand and before the two can succeed, there should be a good working relationship between them because your good writing skill wouldn’t have been known if not for Ebony who knew how to sing it and sing well.

All the accolades received and the songwriter of the year award was because he got Ebony to sing the composed song to showcase your good writing skill.

read more: 5 Major issues from Ebony Reigns death that are begging for answers

Share
Facebook
Twitter
WhatsApp
Previous articleRonaldinho pays tribute to the late Kofi Annan
Next articleEverything Striker has said is a lie; He chose the life he is living now – Striker’s guardian speaks