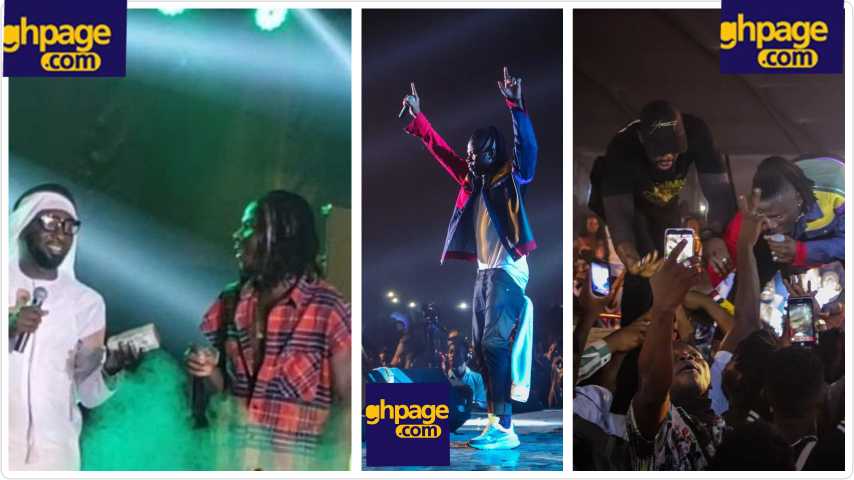 The much anticipated Bhim Concert from Dancehall star, Stonebwoy, came off successfully on Friday December 28th.

One moment from the concert which is receiving a lot of talk is the moment a Dubai borga and a friend of Emmanuel Adebayor made Stonebwoy’s night by surprising him with a whopping $50,000 on stage.

The young billionaire during the performance mounted the stage where he was given a microphone by Stonebwoy to share some words with the audience.

He then gave big-ups to Emmanuel Adebayor and Asamoah Gyan and proceeded on to say what he had for the President of the Bhim Nation.

The ‘Top Skanka’ hitmaker gave this Dubai Borga a very passionate hug as a show of appreciation for his great gift after which he told his manager Black Cedi to take the said cash on his behalf.

SEE ALSO :The lovely moment Tracy joined Sarkodie on stage during the performance of his song ‘can’t let you go’ (video)