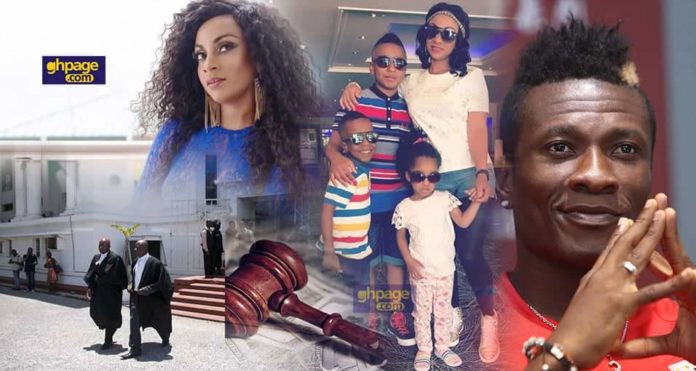 Black Stars captain Asamoah Gyan has threatened to sue  every blogger who invade his private life.

Asamoah Gyan was in the news recently for filling a bank statement in court to prove that he is broke.

According to the report the account details submitted by Gyan indicate that he only has four thousand cedis (GHC 4000) with the National Investment Bank (NIB).

Read Also :Asamoah Gyan and Adebayor stole the show as they Perform ‘Problem’ With Stonebwoy

The Footballer who was answering questions on rumors denied that he presented an NIB Bank Statement which showed he has only €600 in his account.

He further stated that, he’s not banning anyone from reporting about his private life but anyone filing a report on him must back it with facts.

Asamoah Gyan stated emphatically after he’s done with his divorce issues in court, he will sue the two United Kingdom media house who picked the story from Ghana, the Sun and the Mirror.

Listen to the audio below :