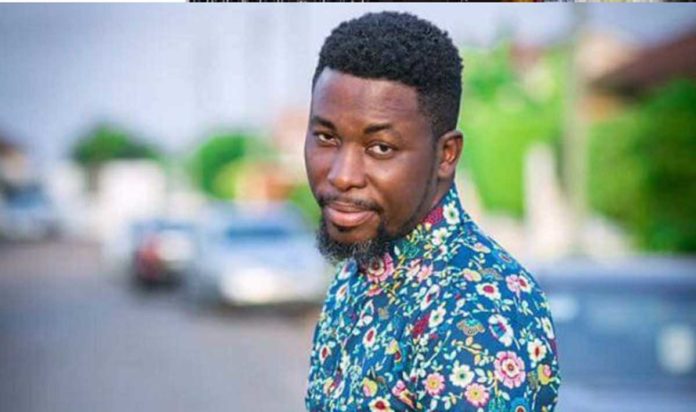 The musician in an Instagram post expressed appreciation to the “Highest” rapper for showing interest in his party.

He explained that his party named “The People Project” is not a political party, adding that it is their aim to support an independent candidate to win the 2020 elections.

A-Plus wrote on Instagram; “Dear brother Sark, we members of @thepeoplesprojectgh #TPP are delighted to have you on board. Your support means the world to us. TPP is not a political party. However, like you rightly said, we are coming together to have the power to decide who stays in power. In 2020 we will support an independent candidate for president and independent candidates for parliament. Even if the presidential candidate does not win, NDC and NPP will depend on us (“The People”) to win the election. That is when we will tell them to kneel down and raise their hands up and say, GHANA, WE ARE SORRY. WE WON’T FOOL WHEN GIVEN POWER AGAIN. PLEASE FORGIVE US.

We will do something very painful to these guys for all that they have taken this country through. We will teach them a very bitter lesson. If all of us vote for an independent candidate and he or she does not win but the election goes into a second round and NDC or NPP needs our support to win, we will make demands that will change this country forever!!! #TPP is for us, by us!!! It’s now or never!!! Let’s make it happen!!!”.

Kwame A Plus reacts to Sarkodie endorsing #TPP

This comes after Sarkodie expressed interest in joining a group formed by A-Plus known as The People Project.

A-Plus who used to be a strong supporter of the New Patriotic Party (NPP) recently called out the President of Ghana for being a disappointment and a dishonest man.

Share
Facebook
Twitter
WhatsApp
Previous articleWives must give competition to side chicks -Prophet Oduro advises married women
Next article2014 Ghana most beautiful winner, Baci finally speaks after rumours of her impending marriage to an Egyptian prince