Emmanuel Adebayor, the Togolese football star and his girlfriend, Dillish Mathews have parted ways, the footballer has confirmed.

Reacting to comment from a fan on his Instagram page seeking to know when he will visiting Namibia, Adebayor stated he has no business going to that country.

Fans who were shocked about his statement made it clear to him that his girlfriend, Dillish Mathews is from Namibia.

But Adebayor insisted he has no business at Namibia and won’t be going there anytime soon. 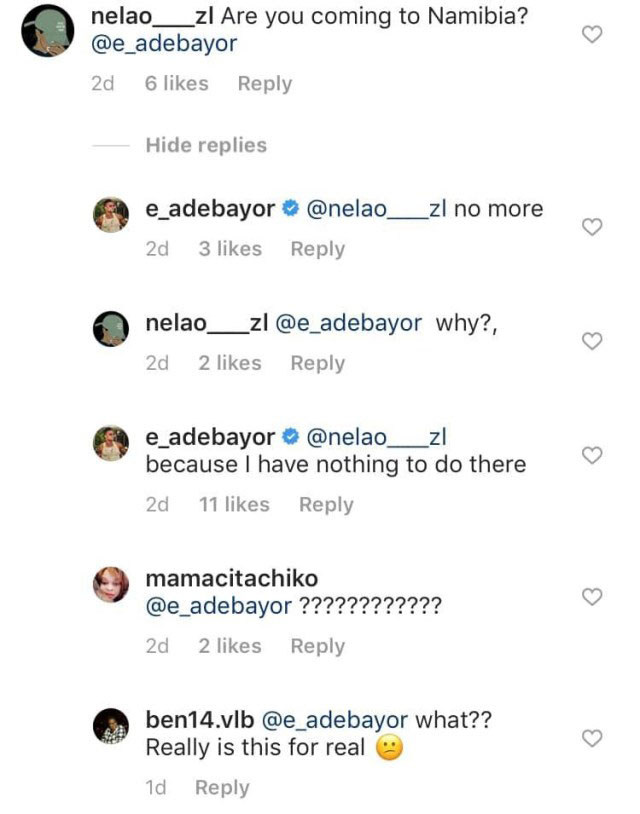 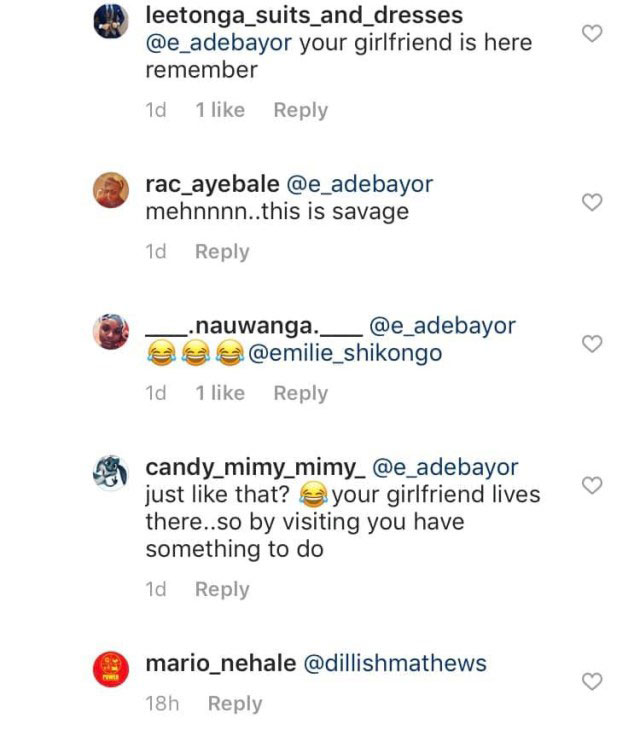 This statement shocked everyone including Ghpage.com prompting us to find out more. From our research, it turned out the lovely couple who won’t give anyone little space on Instagram have unfollowed each other.

There is no sign they have even known each other going through their social media handles. As of now, we can confidently say all is not well between the couple.

Well, GHPAGE.COM is still digging for more details on why they broke up and Ghpage will keep you updated. Stay with us