Afia Schwarzenegger prays for a Police to beat her up 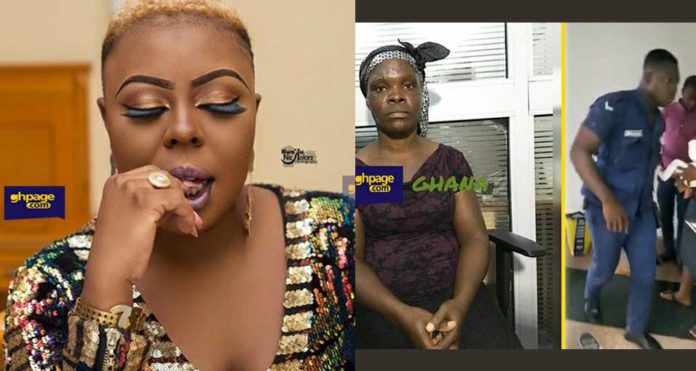 Ghanaians tend to find the funny side to all things be it serious or not.

After last Friday incident where a policeman assaulted a 36-year-old woman who had gone to the Midlands savings and loans to withdraw her savings. Comedienne Afia Schwarzenegger has prayed she also meet a policeman like that so she can get rich from the public donations.

In the video which has gone viral since last Friday, Corporal Amanor was seen beating up Madam Patience and not even the cry of a 7-weeks-old baby being carried by madam Patience could stop him from taking out such act against the woman.

Well, in Afia’s prayers to God she stated she didn’t want to be beaten by a policeman guarding a microfinance but rather banks such as Ecobank, Barclays among the top banks in the country.