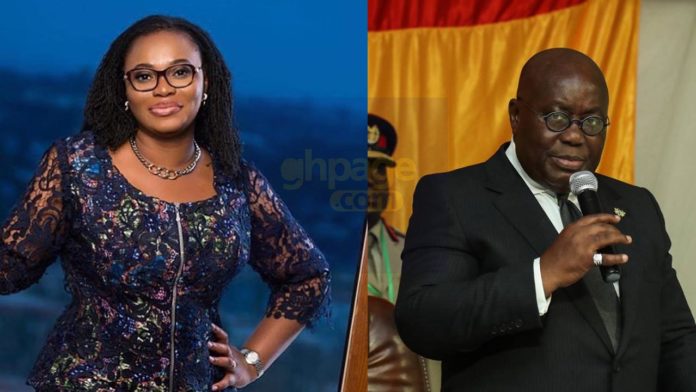 President of the republic of Ghana, Nana Addo Dankwa Akuffo Addo has thrown shot at the former EC boss Charlotte Osei stating that her beauty doesn’t make her above the laws of the country.

According to the president, the no Ghanaian is above the laws of the country so therefore the law of the land is applicable to everyone and must be enforced irrespective of a person’s reputation or appearance.

“We can’t look at somebody and say because of your beauty the law does not apply to you; that is not how the law works,” he said in relation to criticisms regarding the sacking of the EC Chair.

“…..The law is applicable to everyone in Ghana including me. If you do anything against the law, the law ought to be applied. It is painful but that’s what has happened.”

Nana Akuffo Addo made these statements whiles speaking to the Ghanaian community in Nouakchott, Mauritania, where he was attending the 31st Ordinary Session of the Assembly of the African Union.

Mrs. Osei and her two deputies, Amadu Sulley and Georgina Opoku Amankwah, were last Thursday dismissed from office by the President following a recommendation by the Chief Justice.

According to the committees’ report, Mrs. Charlotte Osei was sacked on “stated misbehavior and incompetence” while her deputies were dismissed for diverting funds into private accounts.

President Akufo-Addo said his hands were tied in the decision to sack the Electoral Commissioner and her two deputies.