How Alajo bombs and guns factory was raided revealed 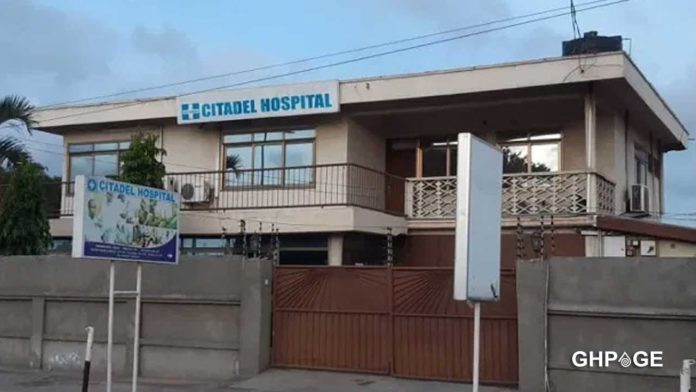 Ghanaians this morning woke up to the news of a bomb and guns factory located at a hospital in Alajo a suburb in Accra.

According to reports, the owner of the hospital and his accomplice who is said to be from the Volta Region a blacksmith had been arrested by a joint Police-Military-National Security operation after 15 months on the radar.

But the family of the owner of the Citadel Hospital has stated that their son has been kidnapped.

It was said that 15 assault rifles and a stockpile of explosives were retrieved in the raid, but the family of Dr. MacPalm believes they were planted at the facility what they referred to as “a clear case of a set up”.

According to eyewitnesses, a contingent of about 10 men clad in military apparel in 4 military vehicles stormed the hospital: and on reaching there, they seized the mobile phones of the nurses, patients, and staff of the hospital before the raid was conducted.

They say the medical doctor was handcuffed and taken away after the locally manufactured guns were picked up from where the generator set is located.

The family says it doesn’t know the whereabouts of Dr. Fred MacPalm after his arrest, but from what we gathered he is in the custody of the Bureau of National Investigations (BNI).

Some sources say Dr. MacPalm have a strong connection with terrorist forces and allegedly imported heavy-duty state-of-the-art bombs and guns manufacturing equipment and explosives into the country and had already begun production at the time of his arrest.

The Citadel Hospital we are also told is under the strict surveillance of the National Security.

Though the facility is running, its activities have been limited.

Parts of the text culled from mynewsgh.com