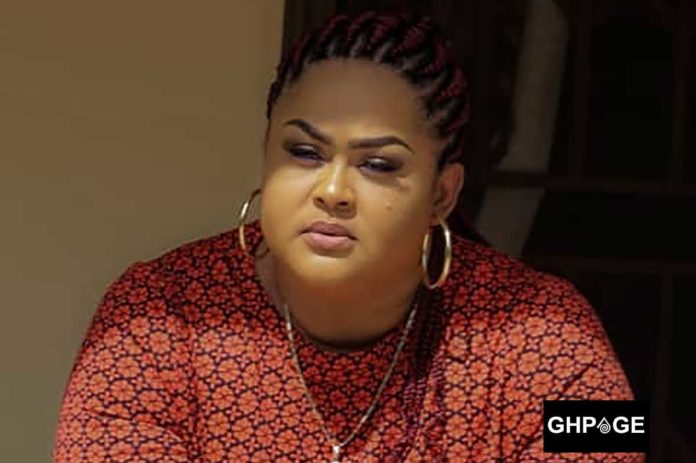 Notorious Facebook evangelist Emmanuel Addai seems to have beaten more than he can chew after he accused Kumawood actress Vivian Jill Lawrence of sleeping with her firstborn and eldest son Prempeh.

According to Evangelist Addai, Prempeh is the actual father of Vivian’s second baby Alfie. This comment made people on social media descended on the Facebook Evangelist for making such an allegation against the actress.

Others were also of the view that Vivian is the cause of her own trouble because she failed to introduce the father of her son Alfie to the world and nothing as well is known of him.

Vivian Jill came out to deny the allegation leveled against her and rained curses on Evangelist Addai in several interviews she granted after news of the Evangelist went viral.

Well, trust Ghpage.com as we did a serious background check on the actress and came out with the name of the real father of Alfie who is in the person of Nana Akoben Amponsah the CEO of Akoben Mining company.

But even after Ghpage.com uncovered the name of Alfie’s father, evangelist Addai still maintained that it was just a ploy to divert attention and still insists that Prempeh is the biological father of Alfie.

His action made some fans of Vivian Jill angry who cursed him with the deadly god Antoa and some other rivers.

In a video available to us, a lady is heard cursing Evangelist Addai by calling asking death to strike him if his comments are false and not just he along as the lady added all of his family members as extra to show appreciation.

Hope Evangelist Addai sees how serious this is and apologize before the worse happens to him.