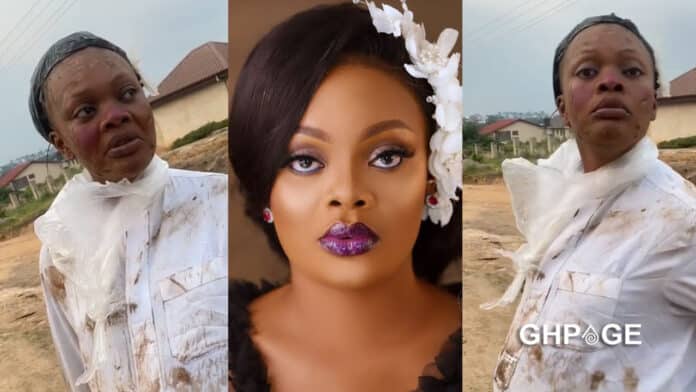 Actress, Bernice Asare, has angrily issued a strong warning to Ghanaians on the internet who have refused to accept the fact that she hasn’t gone mad as earlier reported by the media about two weeks ago.

Recall that earlier last week, Bernice Asare vehemently refuted the wild claims of going mad after sleeping with a friend’s boyfriend during an interview with Ghpage’s Abena Gold.

She also categorically stated that she’s mentally sound and healthy as compared to the news out there.

Well, even after the clarification, some netizens still storm the comments section of videos and pictures she shares on her social media pages to tease her as a mad woman.

Speaking with Zionfelix in a phone-in interview, Bernice Asare threatened to insult and block anyone who makes fun of or attempts to provoke her with the ‘mad woman’ tag.

Pained Bernice Asare once again explained that she hasn’t gone mad because no mad person shoots a video to explain how he/she went mad.