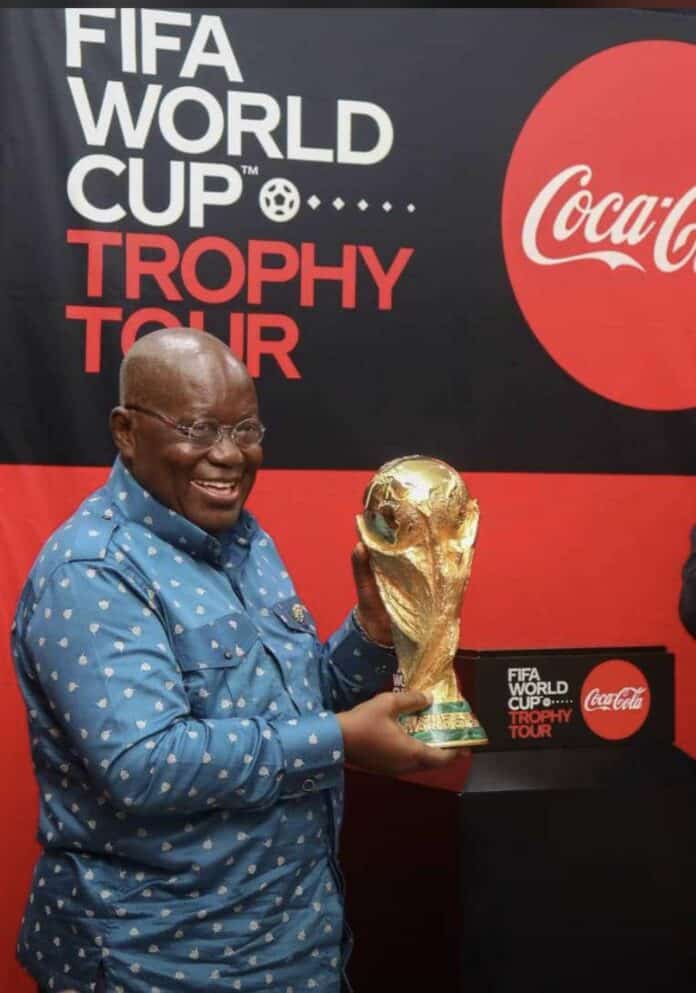 President Akufo-Addo has dreamt of the possibility of the Ghana Black Stars winning the first World Cup for Africa.

Speaking at the two-day event in Ghana for the unveiling of the FIFA World Cup trophy to participating nations, Akufo-Addo said:

“I am of the firm conviction that Ghana will not only participate in the competition but will make the whole nation and by extension the African continent proud, with a great performance.”

He also urged Ghanaians to be optimistic about the fortunes, however slim, of the Black Stars at the 2022 World Cup in Qatar.

“I, therefore, want to urge all Ghanaians, in conclusion, to throng the Accra Polo Court to view the trophy and to be part of history, before we finally bring the cup home on 18th December. We, who were the first to gain our freedom and independence from colonial rule, will be the first to bring the World Cup to Africa.”

The Black Stars came close to becoming first Africa country to make it to the semis of the Mundial in 2010. The opportunity was an Asa missed to an Asamoah Gyan’s penalty kick after Luiz Suarex infamously stopped a goal-scoring chance with his hands.

“We have also had to wait for twelve (12) years to get revenge against Uruguay, and we assure them that, this time, the hand of Suarez will not save them against the Black Stars of Ghana. They are going down!!”.

Ghana is in the same group as Portugal, Uruguay and South Korea and would commence its World Cup campaign against Portugal on November 24, 2022, at Stadium 974 in Doha.