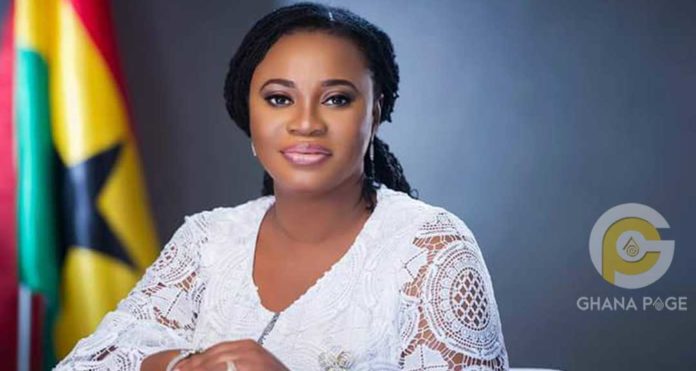 The United Nations has appointed Mrs. Charlotte Osei as an International Elections Commissioner to Afghanistan, as the South Asian country prepares to hold crucial Presidential polls in September 2019.

Mrs. Osei’s appointment was confirmed by a Presidential Decree issued by the President of Afghanistan, HE Ashraf Ghani.

Mrs. Osei is expected to join a team of other UN-appointed election experts from around the world to provide much needed technical support, capacity building and electoral best practice advice to the Election Complaints Commission and the Independent Electoral Commission charged with delivering a peaceful democratic process and credible elections.

Mrs. Osei has extensive legal credentials and electoral management experience, making her well-placed to take on this challenging role, which is critical to successful, free and fair democratic elections in Afghanistan.

Mrs. Osei is a lawyer by profession with 25 years experience. She also holds a Masters in Law (1996) and a Masters in Business Leadership (2008). Her public sector professional activities have been focused largely on election administration and reforms, civic and voter education, gender and human rights advocacy.

In the private sector, she managed a business law firm for several years. She has held several public sector positions over the course of her career, including Chairperson of the Electoral Commission of Ghana, Vice Chair of the Executive Board for the African Capacity Building Foundation, President of the Association of African Electoral Authorities and Chairperson of the National Commission for Civic Education of Ghana.

Mrs. Osei’s appointment appears a testament to her reputation and dedication to the delivery of free and fair elections in developing nations, as well as international confidence in Ghana’s democratic processes. It follows her recent appointment as a member of the ECOWAS Elections Observer team that monitored the 2019 Nigerian Presidential Elections.

Ghana’s presidential and parliamentary elections of 2016 were internationally acclaimed as being free and fair, and Mrs Osei’s personal contribution resulted in several international awards and recognitions including Woman of Courage Award (2017) by the US government, Glitz Africa Woman of the Year Award 2018 (Governance) and the Chatham House Prize 2017 finalist.

The Commonwealth Observer Group led by former South African President Thabo Mbeki noted that: ‘The 7 December elections in Ghana were norm-setting for Africa, the Commonwealth and beyond. The Electoral Commission, the people of Ghana and the political parties and their leaders all contributed to this further deepening of democratic process in Ghana by delivering elections that for many in the group are among the best they have observed.’

Mrs Osei joins Presidential and UN appointees Ahmed Issack Hassan former Chair of the Kenya Electoral Commission, and Ivilina Aleksieva-Robinson of Bulgaria, appointed to the IEC, and Neel Uptrety of Nepal to the ECC.

Mrs Osei’s appointment to this high profile position in Afghanistan raises Ghana to the world stage and highlights the nation’s successful journey towards a stable, secure and peaceful democracy.

Free, fair and peaceful elections are the cornerstone of any democracy, and partnership and collaboration with international experts such as Mrs. Osei will prove invaluable as Afghanistan’s democracy grows and strengthens.