Controversial Ghanaian self-acclaimed Counsellor, George Lutterodt has yet made another controversial move in a recent video of him as sighted by Ghpage.com.

READ ALSO: The bible does not say we should get married in church – Counsellor Lutterodt

The contentious Counsellor in the video visited a cemetery to pray against the current pandemic that is killing over thousands of people, COVID-19, claiming it a direction from God.

As directed by God to him, he was to enter the gates of the cemetery and start the prayers by 12 noon.

Because during such times there are arrows from the high places that move around and he was instructed by God to turn it and use it against the turners of the arrow who are spreading the virus in the spiritual realms and declare back to the sender with prayer.

He took along with him to the cemetery a bottle of; Holy wine, anointing oil and water to break the bondage and break lose anyone who may have their souls tied to the grave and also release the supernatural powers through his prayers to fight against the coronavirus outbreak in Ghana and the whole world at large.

READ ALSO: No right-thinking man would follow his wife to a party – Counselor Lutterodt(VIDEO)

WATCH THE FULL VIDEO BELOW:

This direction of him from God as he claims is really strange! Well, what can we say when God revealed himself to him in his dreams you and I were not there lol! Hopeful his prayer works to save us all. 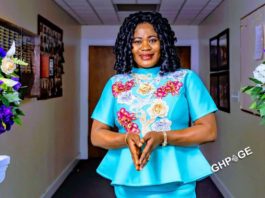 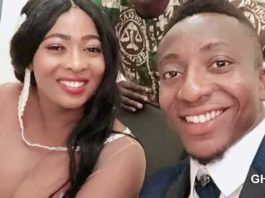 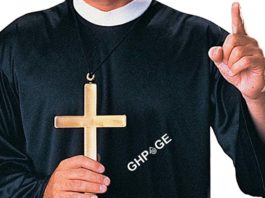