I deal with billionaires not musicians like Shatta Wale – Shatta Bandles 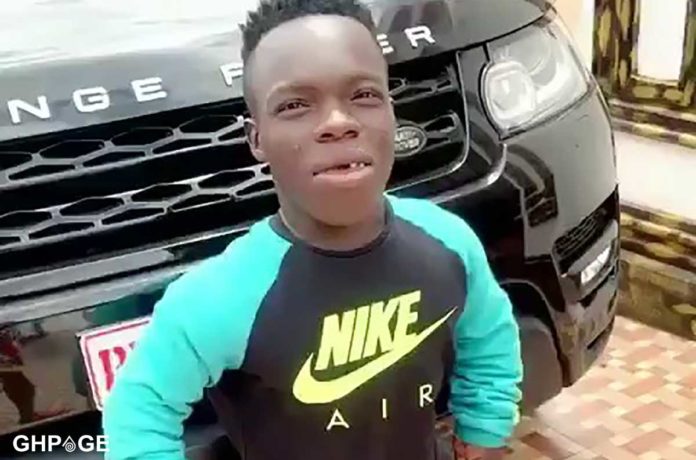 The self-acclaimed richest man in Ghana Shatta Bandles has blasted boss of Shatta Movement and Dancehall artiste Shatta Wale to be in his lane because he is dealing with billionaires and not musicians.

Some few days ago, after the diminutive social media sensation called out one of Africa’s richest man Aliko Dangote as his small boy and not having money like him, people on social media especially Nigerians started bashing him for making such a “future impossible” statement.

But Shatta Wale jumped to his defense saying the Nigerians know that indeed Shatta Bandles is richer than Dangote but they are not ready to accept that.

He continued and trolled Shatta Bandles saying all his money is in the chains and clothes he wears that is why he couldn’t fix his motorway teeth.

“Eno be say he no wan fix the teeth. All the money e dey ein chain inside, 7 Million… E know say God dey give teeth, one day he go get teeth,” Shatta said.

He went on to advice Bandles about Dangote saying could just fix his motorway teeth within a twinkle of an eye a statement we are sure hurt Bandles.

But in a new video from the camp of Shatta Bandles, he blasted Shatta Wale for making fun of his teeth saying he is far richer than Shatta Wale and owns mansions and fleet of cars Wale never dreams of purchasing.

He advised Shatta Wale to stay in his lane and not come close to him because he won’t waste his time on him.