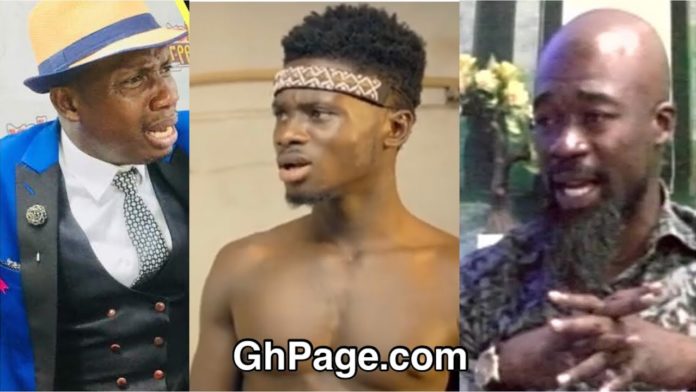 Controversial marriage and relationship counselor, George Cyril Lutterodt has warned Kuami Eugene to not take the death prophecy for granted.

Counselor Lutterodt stated that the “Wish Me Well” hitmaker should act on the prophecy even if he doesn’t believe it.

He further stated that God also instructed him to go to the cemetery to release Kuami Eugene’s soul.

According to the counselor, Kuami Eugene should be mindful of the comments he makes concerning this prophecy.

“Kuami Eugene should not take this prophecy for granted. I like Kuami Eugene very much and I had a direction from God to walk to the cemetery and pick up the soul of the boy from the cemetery.

I went to the mortuary first and then went to the cemetery. He should shut up, he is a child, When prophecy comes, whether you believe it or not, act on it. Don’t come and speak like a fool. Kuami Eugene should shut up in his foolishness”, Counselor Lutterodt warned.

This comes after popular Ghanaian man of God identified as Eagle Prophet prophesied that the Lynx Entertainment signee will die just like the late Ebony Reigns.

According to him, Kuami Eugene pictures has been taken to a spiritualist to destroy and terminate his life.